Which is better, horsepower or torque?Two words that are often stated in the car community, but often misunderstood. This video seeks to clarify the difference between the two, without silly analogies like “horsepower is how fast you hit the wall, torque is how far you take it with you” (which, by the way, is highly inaccurate).Engineering Explained 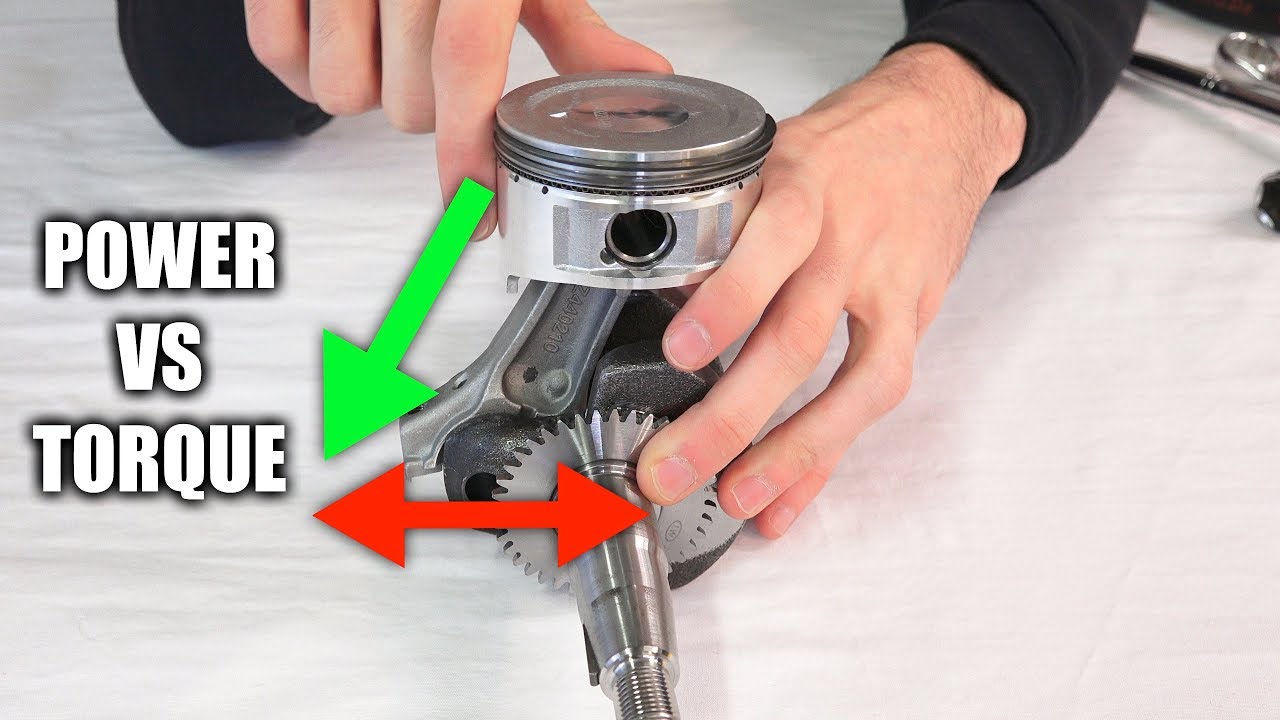 Torque is a force acting at a radius, while horsepower simply incorporates time into the equation.This video will discuss the differences, how each applies to internal combustion engines, how they relate, what peak torque and peak horsepower actually mean, and how to analyze torque and horsepower curves.

Horsepower is determined from torque because torque is easier to measure. Torque is defined specifically as a rotating force that may or may not result in motion. It’s measured as the amount of force multiplied by the length of the lever through which it acts. For example, if you use a one-foot-long wrench to apply 10 pounds of force to a bolt head, you’re generating 10-pound-feet of torque.

Finally, what’s more important for acceleration, a car with lots of power, or lots of torque? Let’s get technical. With the context of an engine: Power = Torque x Angular Velocity. In imperial units, this translates to Horsepower = Torque x RPM / 5252.Engineering Explained