Acoustic levitation meets Schlieren optics: By reflecting a sound wave back onto itself, one can secure a standing wave if the distance between the source of the sound and the reflector is equal to an integral number of half wavelengths. In this demonstration we use 28 kHz ultrasound whose wavelength in air is 1.2 cm. 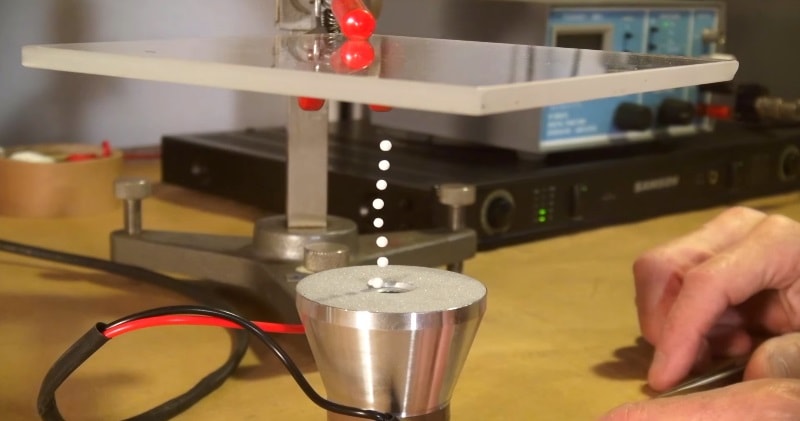 We can see the position of the balls relative to the pressure anti-nodes with the aid of our Schlieren optics set-up. Images employing Schlieren optics are very sensitive to changes in the density of air, and these changes refract light into the camera.

The air is more dense at the pressure antinodes of the acoustic standing wave and shows up as a band of light in the image.Although 28 kHz is beyond the range of human hearing, ear protection should be worn whenever attempting this experiment to avoid damaging vibrations in parts of the ear.