Sandrine Lafage was looking to buy a cave home when she stumbled up on a historic windmill, cave and barn compound in the Cher Valley of France. 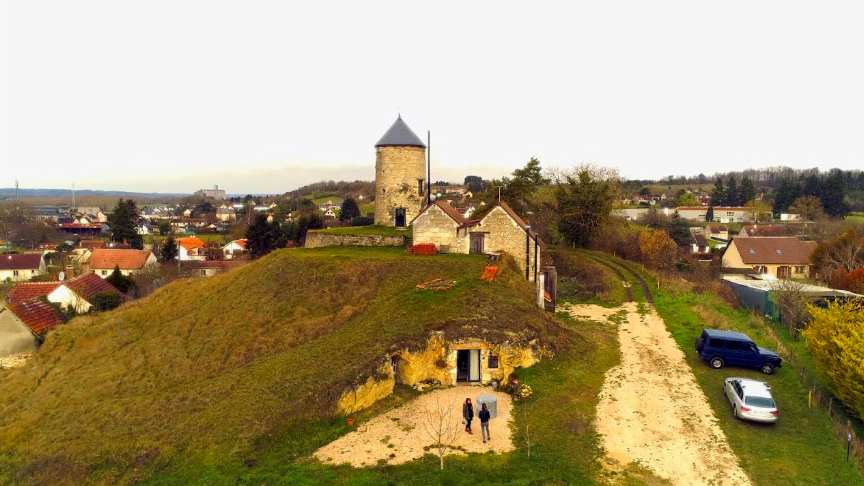 Once a 19th century vineyard and flour mill and later the site of thousands of American troops during World War One, the location had been uninhabited for years.

Lafage and her partner bought the property and spent a year building the fantastical structures into tiny home rentals. The entire property is connected by a maze of tunnels.

Lafage’s newest project is to turn a 27-meter-long-tunnel (connecting the original home with the troglodyte) into it’s own B&B called “The Tunnel”.