A man and his dog were outside in front of their house, when they spotted a dark figure crouched near a distant tree. The dog, from a fair distance, started barking at the creature. 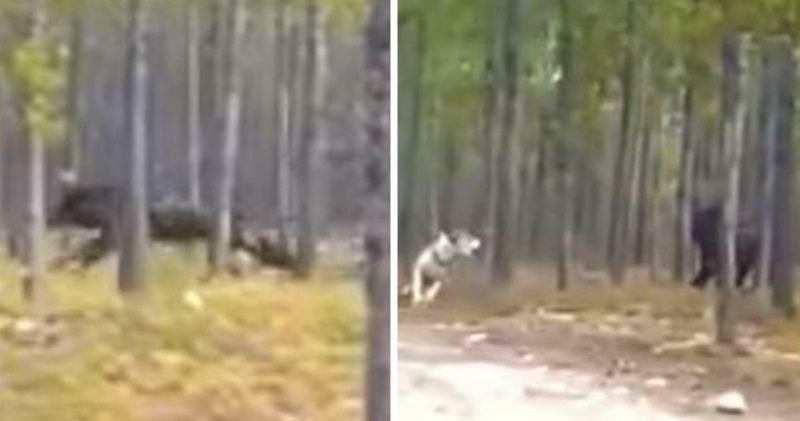 Suddenly, the creature springs up from the ground and is revealed to be an enormous animal.A monstrous-looking creature of some kind lunging at a man’s dog. the footage was allegedly shot somewhere in the United States.Video by: Nv Tv

Despite the lack of clarity surrounding what is shows is pretty remarkable. What happened when the enormous beast and the dog actually squared up to each other the camera does not manage to capture the incident.

The footage has sparked a number of theories about what it could have been.One of the most popular theories is that it’s a massive dire wolf, an extinct species of wolf that are believed to have died out around 9000 years ago.