Mars was a manufacturer in Nürnberg, Germany founded in 1873 that manufactured motorcycles in various periods from 1903 until 1958. Production was interrupted variously by the First World War, hyperinflation in the 1920s and the Second World War. 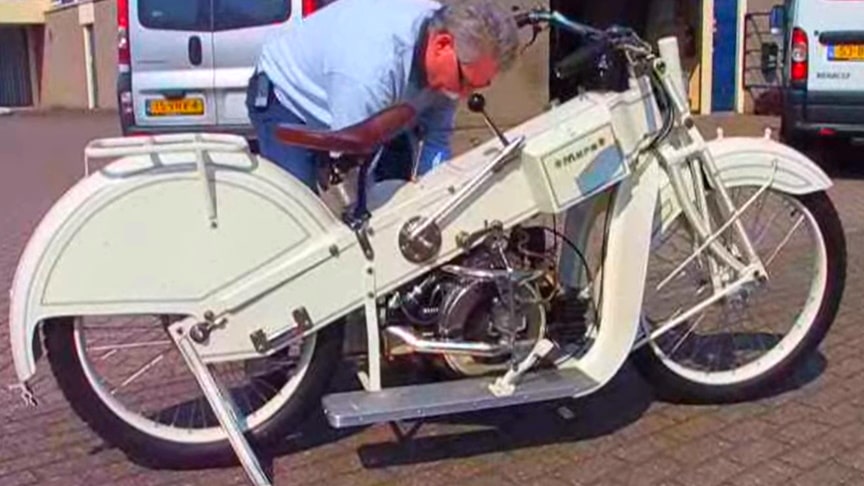 When Mars ceased production for the final time in 1958, production of the 50 cc Monza Super Sport model was taken over by Gritzner-Kayser AG under its Gritzner brand.

Designed by Claus Franzenburg, the A 20 and its derivatives had a box-section frame connecting the headstock to the rear wheel and housing the transmission and drive chain, while the engine was mounted in a subframe below.Video by: MKROXTON

The 1000 cc flat-twin engine was designed by Franzenburg and manufactured for Mars by aircraft engine builder Maybach.It was mounted with its cylinders in line with the frame. was started with a hand crank, and had an enclosed primary drive to the transmission.The A 20, with a trailing-link fork, was made from 1920 to 1925.wikipedia