The McLaren Elva is a limited-production mid-engine sports car manufactured by McLaren Automotive. The car is the fifth addition in the McLaren Ultimate Series, joining the F1, the P1, Senna, and the Speedtail. 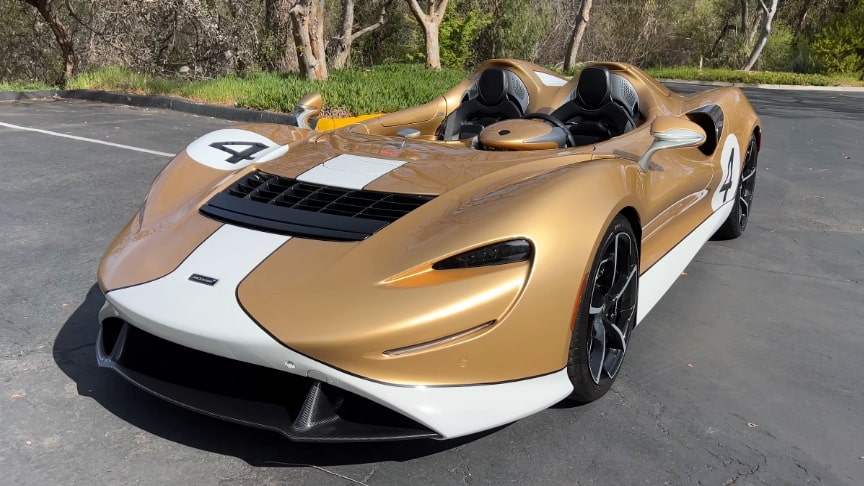 McLaren Elva review! Today I’m reviewing the McLaren Elva, which is a special and unusual supercar — with a $2 million price tag.

The 4.0-litre twin-turbocharged V8 rated at 815 PS (599 kW; 804 hp) and 800 N⋅m of torque is shared with the Senna and the Speedtail and is the most powerful variant of McLaren’s V8 engine. The engine is fitted with a flat-plane crankshaft, low-mass reciprocating components and a dry-sump lubrication system. The exhaust system is made from titanium and inconel while the exhaust tips are of a quad type and are 3D-printed./Doug DeMuro