The McLaren Senna is a limited-production mid-engined sports car manufactured by McLaren Automotive.The Senna is largely based on the McLaren 720S, using a modified version of its carbon fibre monocoque and engine. 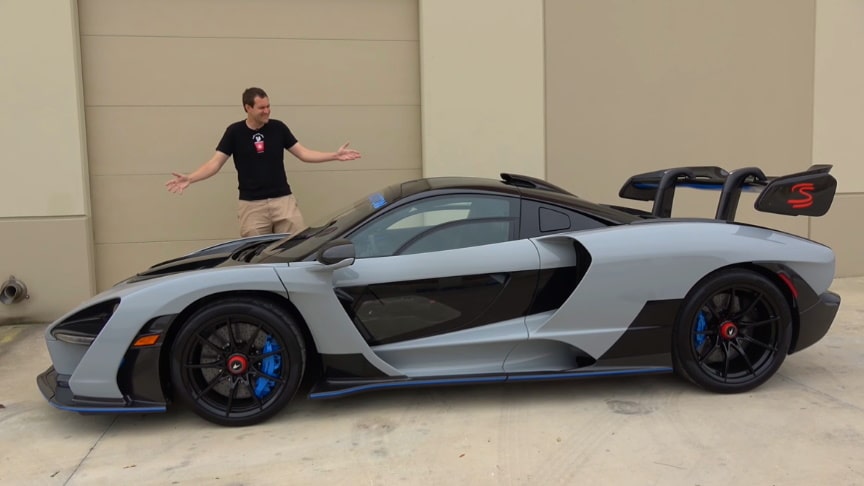 The Senna uses a new generation of Brembo’s carbon ceramic brakes, containing a compound that has three and a half times better thermal conductivity than before, making the brakes smaller and lighter. It also features a new set of lightweight center-lock alloy wheels designed for Pirelli P-Zero Trofeo R tyres./Doug DeMuro