Ducati 860, re-imagined!Do you remember the #Ducati860 we had the chance to design back in the 70s? It was so futuristic it was probably way too ahead of its time. That’s why today, almost 50 years later, we asked our designers to re-imagine this model. 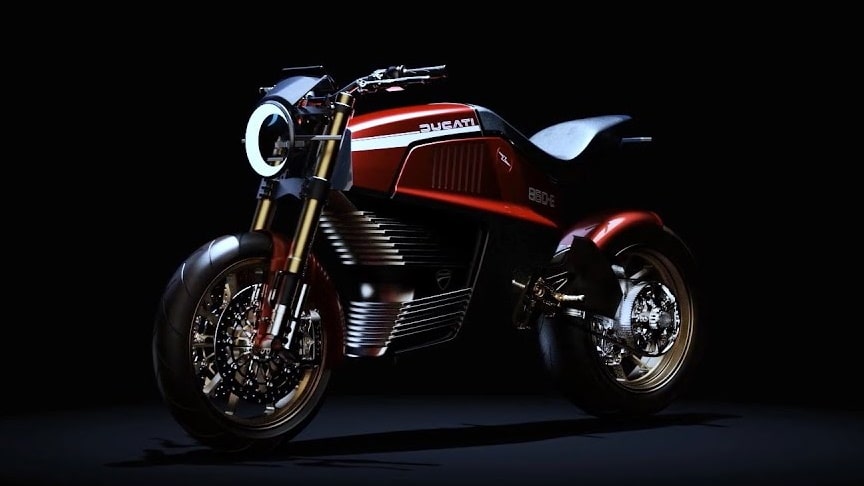 The Ducati 860-E Concept keeps some of the iconic lines of the original one, like the tank hull continuing under the saddle, projected into the next future.

The air-cooled 90-degree V-twin engine is replaced by a large battery module and an electric motor. And you clearly cannot miss the new LED front light, which shines brighter than ever on this 860-E.

Fully electric and quiet, with a mind-blowing design.No production is planned for this model, which is a mere exercise in style, while the lower front bodywork which contains the battery pack—is given a silver finned finish.In the meantime, enjoy the tribute created by Italdesign.//Italdesign Official