If you are not familiar with the concept of a Turing machine, they are devices that manipulate symbols or input from a strip of tape, according to a set table of rules. By definition, a Turing machine should be adaptable to simulate the logic of any computer algorithm, albeit in a much slower fashion than you would see from a computer. 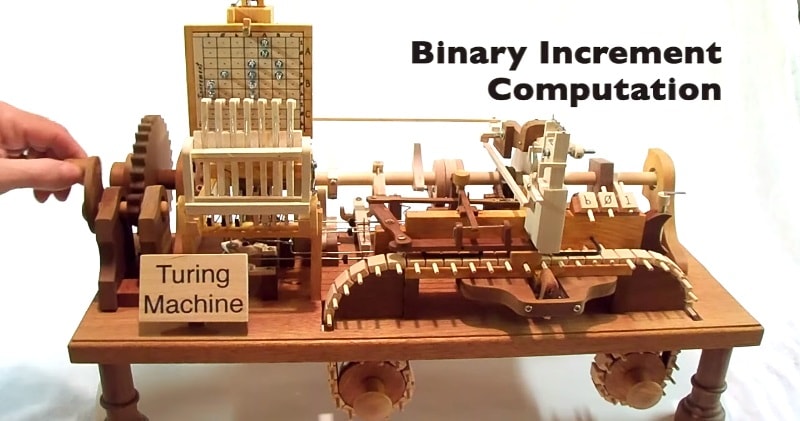 He started from scratch and figured everything out. A working model of a theoretical construct.The machine was made mostly out of scrap metal and wood. The components include magnets, springs, cams and levers. No electrical components were used, other than one small motor used to drive it.

The machine is a close physical model of the theoretical Turing machine – a device first described by Alan Turing in 1937 as a thought experiment to understand the limits of mechanical computation. According to the theory, the machine performs calculations using a set of rules to manipulate symbols on an infinite strip of tape.

Instead of using tape, this machine’s memory uses ball bearings placed on a steel grid. A ball can represent one of five different symbols based on its position on the grid. The machine reads and writes data by repositioning the balls into different cells. It does this by moving along the grid, lifting ball bearings with magnets and then depositing them into a new position based on a set of rules.