Lowriders nowadays have gotten fairly popular: lowriders can be seen all over the country from coast to coast, but recently they have been spreading to other places around the world. Lowriding culture has also spread to Japan. 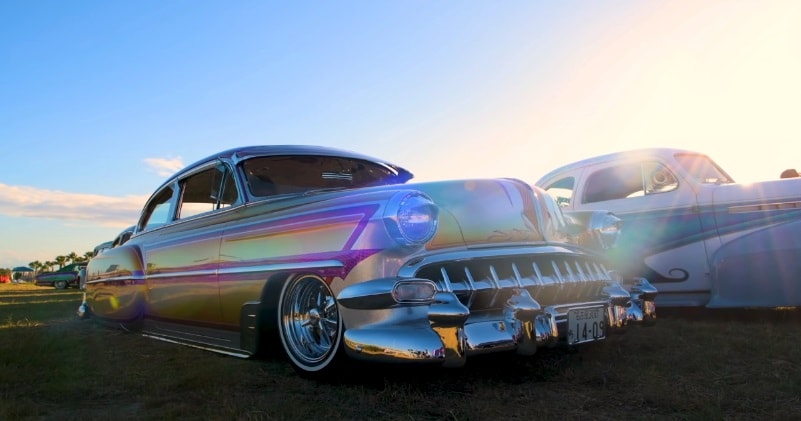 In 1987, Junichi Shimodaira fell in love. He was visiting the United States for the first time when he spotted a car driving low and slow in Southern California.

Steadily, Chicano car clubs—an outlet for cultural and political expression that dates back to the 1940s—won Junichi over. At his Paradise Road shop he repairs and restores classic American cars, imbuing the lowrider aesthetic with a Japanese spirit of craftsmanship.

They pride themselves on appreciating lowrider culture, while also creating something new and adding their own touches through their own cultural experiences,They are also fitted with hydraulic or air bag systems that allow the vehicle to be raised or lowered at the owner’s command. Given these specific characteristics, while a lowrider is always a lowered car, a lowered car is not always a lowrider.