On 23 March 2017, the DLR Institute of Solar Research initiated operations at the Synlight facility, a globally unique system. Each of its 149 Xenon short-arc lamps has the output of a large cinema projector.Together, they produce a light intensity that corresponds to more than 10,000 times the incident solar radiation on Earth’s surface. 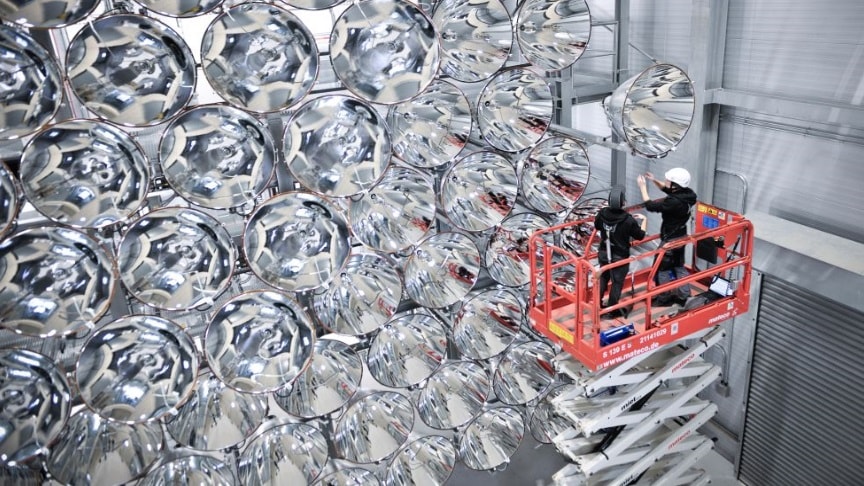 The massive wall of light consists of 149 xenon short-arc spotlights which are the same spotlights used on movie sets. It produces light about 10,000 times the intensity of natural sunlight on Earth – all pointing to a tiny 8-inch by 8-inch patch at a temperature of 3,500C.video by: Discovery Canada

One of Synlight’s main goal is to discover how to efficiently break down water molecules to obtain Hydrogen. All that trouble just to get Hydrogen? Well, Hydrogen is a great source of clean energy as it does not produce toxic CO2 emissions when burned.The idea is to angle Synlight so it reflects the natural light of the sun to create environmentally friendly fuel, making the whole process completely carbon neutral.

But that’s in the future. For now, Synlight is racking up a massive electric bill to keep it powered on. Four hours of operation consumes as much electricity as a four-person household in a year. It also cost a lot to build, coming in at $3.8 million.