Car and Motorcycle Designer Niki Smart, from A Bike Company, took 10 years to design and fabricate every line and feature on this custom motorcycle!The bike itself is a throwback, retro-cool, board track-inspired custom ten years in the making. 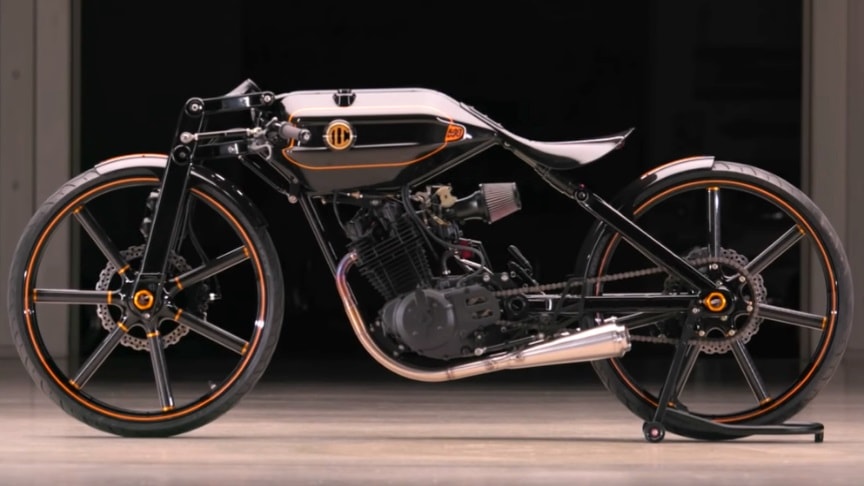 The wheels are 26-inch, with a 3-inch tire eight, giving a 29-inch overall diameter.Modular construction, aluminium CNC machined hub with unidirectional carbon fibre spokes threading into the hub. Bolts through the rim capture the spokes. 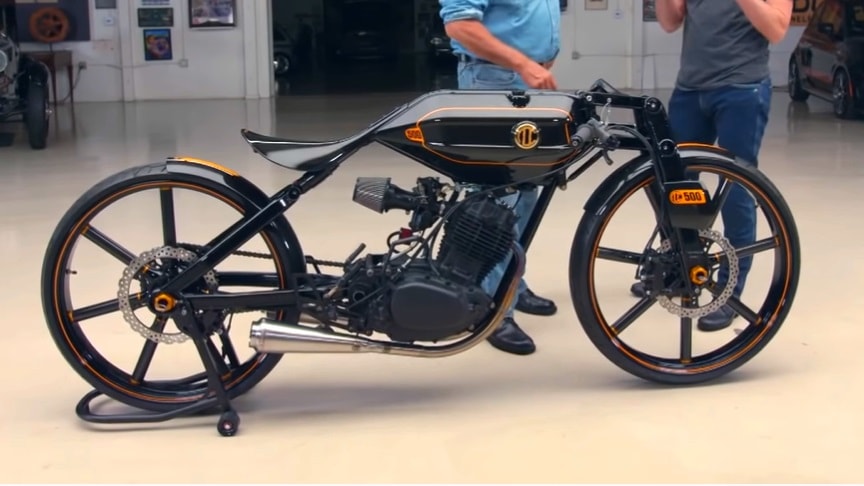 They attach to the frame with deep groove ball bearings. The lower wishbone is connected to a pull rod that via a frame mounted rocker arm, actuates the adjustable air shock that sits between the fuel tanks.

The whole bike weighs just over 300 pounds makes about 33 hp, and is fully street legal with some of the most subtle lights you’ll see on any bike.Engine: 1980 Honda XL500s 497cc Engine and 5 speed gearbox pumping out something like its originally claimed 33hp.Carburetor is a standard Keihin, with a rapid prototype (FDM) custom air intake trumpet mounting to a conical air filter. The 6V electronics have a 12V step up converter to power the compact gauges and LED projector lighting.