Dhabiyan is considered after the Guinness World Records the largest SUV in the world, it was made and designed by his highness Sheikh Hamad Bin Hamdan Al Nahyan, the famous cars collector based in Abu Dhabi, UAE./Mohamed Saber 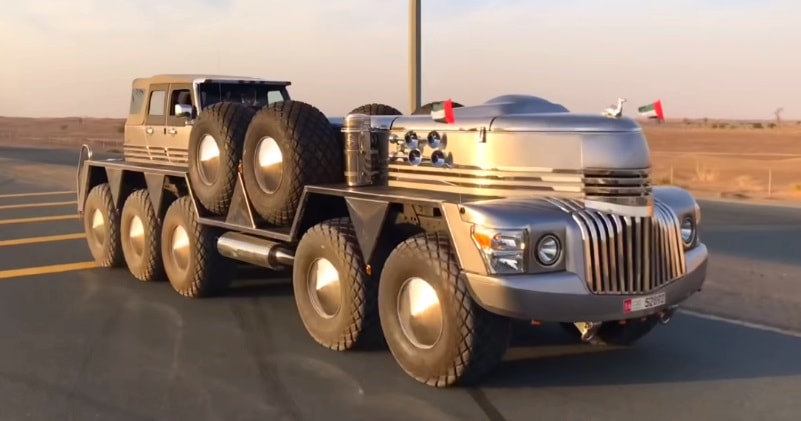 The huge vehicle is being exhibited at the off-road history museum in Al Madam, Sharjah, United Arab Emirates.the monstrous 10-wheel vehicle is based on the Oshkosh M1075 military truck with a Jeep Wrangler annexed to it as a driver cabin.Mohamed Saber

Dhabiyan is based on the Oshkosh M1075 military truck with the PLS (Palletized Load System), a Jeep Wrangler was annexed to it as a driver cabin.