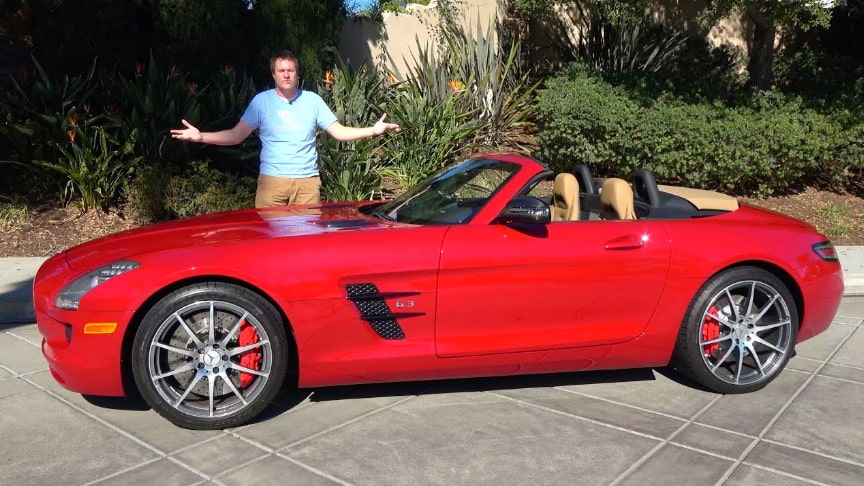 The SLS AMG Roadster is a convertible variant of the SLS AMG Coupé, with conventional doors and three-layered fabric soft top (having a magnesium, steel and aluminium construction) which opens and closes in 11 seconds, and can be operated on the move at up to 50 km/h (31 mph).

The 6.2-litre V8 engine based on the M156 block was modified to such an extent that AMG gave it a separate engine code—M159—to signify the more than 120 different modifications done to the engine as well as the addition of a dry-sump lubrication system to handle the car’s high cornering speeds.

Certain reinforcements were made to the roadster in order to compensate for the loss of roof which includes side skirts with greater wall thicknesses and more chambers, a dashboard cross-member is supported against the windscreen frame and centre tunnel by additional struts, a curved strut between the soft top and the tank reinforces the rear axle, a reinforcing cross-member behind the seats to support the fixed roll-over protection system./wikipedia