During World War II, the German military created an aircraft unlike anything seen before… the Messerschmitt Me 323 Gigant (“Giant”). 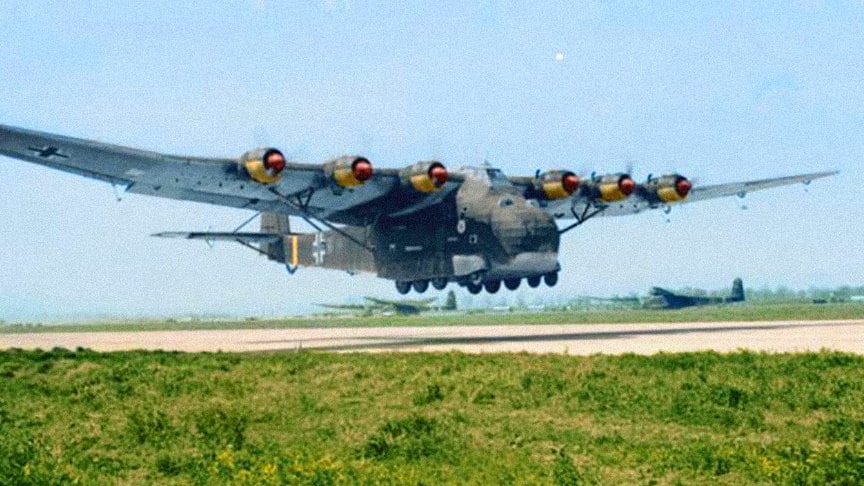 It was the largest land-based transport aircraft of the entire war. The impressive cargo carrier boasted 6 engines with counter-rotating propellers and a wingspan of over 180-feet. 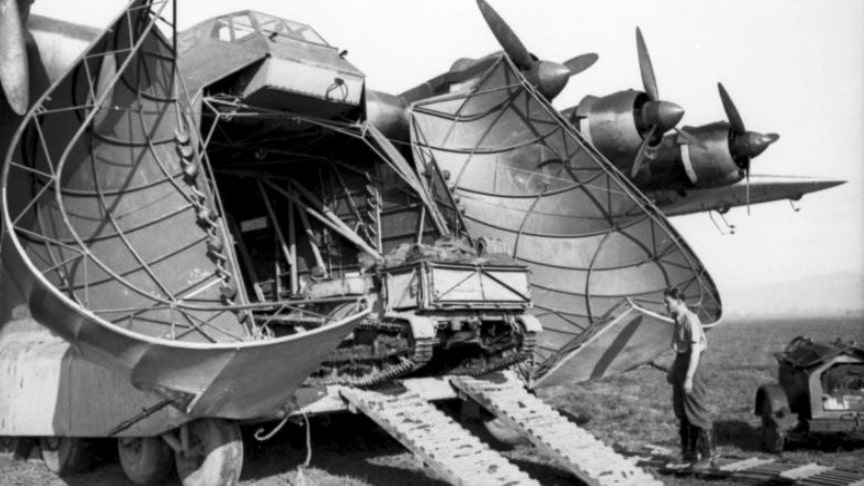 It could airlift 130 troops or over 25,000 pounds of payload, including tanks.

The Me 323 primarily served the Deutsches Afrika Korps and the German Eastern Front, until each and every last one of them fell to enemy fire. Today, only one complete wreck exists, but it is in a place few can reach./Dark Skies