Meet Messi the Puma, now unlike most big cats that exist in the wild or in zoos, this big cat, lives in a 1 bedroom apartment in Russia.Messi was born in captivity at a zoo in Russia, but suffered from various health problems at just three months old. 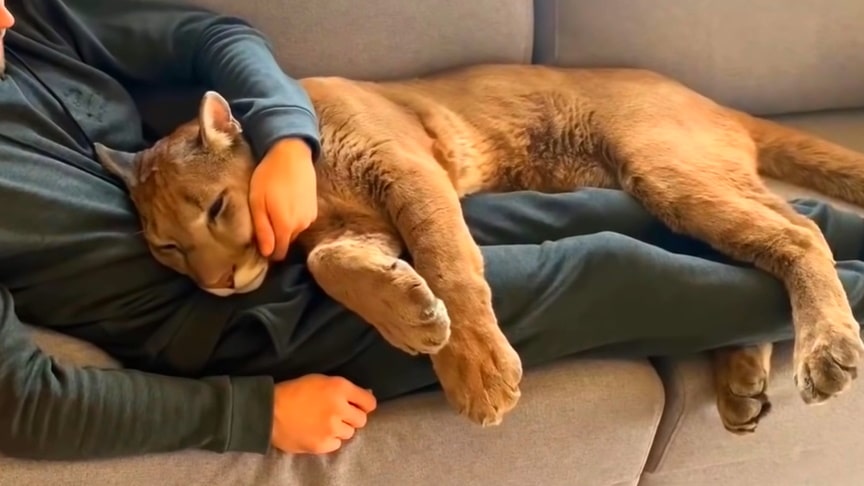 During his stay at the zoo, Messi was kept in a very small enclosure and was malnourished, which caused him to develop muscle weakness, rickets which is a degenerative bone disease and a urinary tract infection. The zoo decided that because pumas were not native to Russia, they could not simply release it into the wild, and because of it’s illnesses, that prevented him from living in another zoo or animal sanctuary. So they had planned to euthanize him.

A couple by the name of Aleksandr and Mariya Dmitriev, heard about the sickly cub, and after talking with other puma breeders and learning everything about the maintenance and care of the animal, they took a leap of faith and approached the zoo about adopting it. And to their surprise, the zoo agreed!

Pumas are native to the Americas, and they are the largest feline species on these continents, with males being up to 2.4 m (7.9 ft) long from head to tail and weighing up to 100 kg (220 lb).Messi is unlike most cougars, he is about half the size of a normal adult male because of his health conditions. The owners also point out that he is very gentle and loving./Wonder World