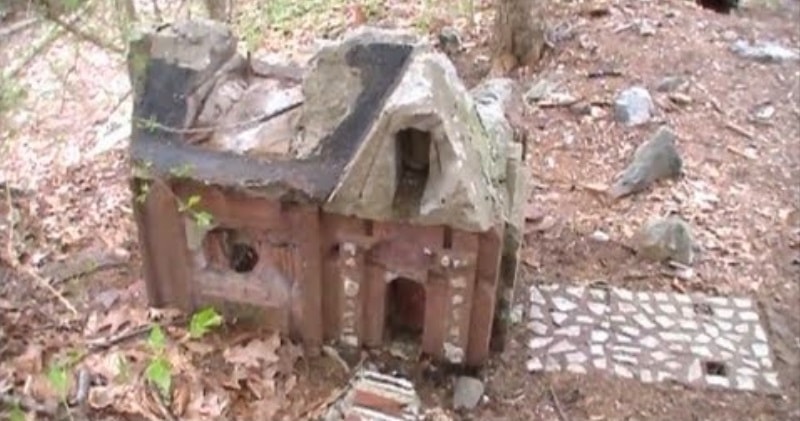 A complex of crumbling doll-sized houses and odd structures next to the remains of a stone house, it’s rumored to be the damned legacy of insanity brought on by . . . the little people. 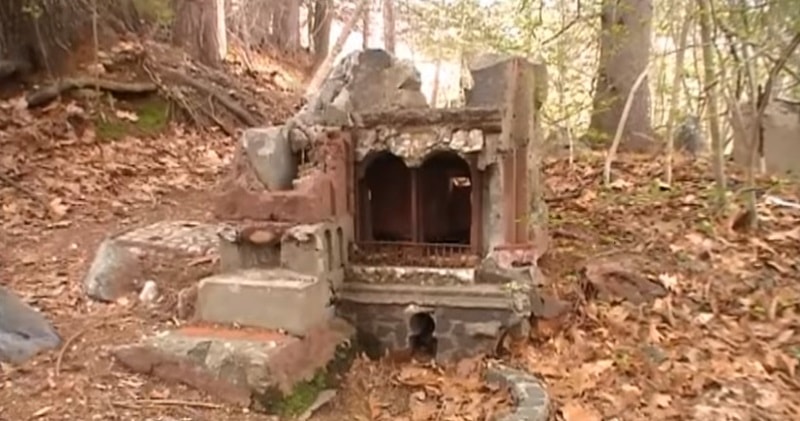 The Little People’s Village is rumored to be haunted. Not much is known about it’s origins. It was said to be built by an old man who heard voices that told him to build all the tiny houses and bizarre structures.

It is also said to have been part of Quassy amusement park. I haven’t seen any actual evidence of this. Whatever it was, it was once very elaborate and strange. There is evidence of elaborate water features all around. There were originally more buildings but many have collapsed and decayed or destroyed by fire and vandalism.