An “artificial leaf” made by Daniel Nocera and his team, using a silicon solar cell with novel catalyst materials bonded to its two sides, is shown in a container of water with light (simulating sunlight) shining on it. 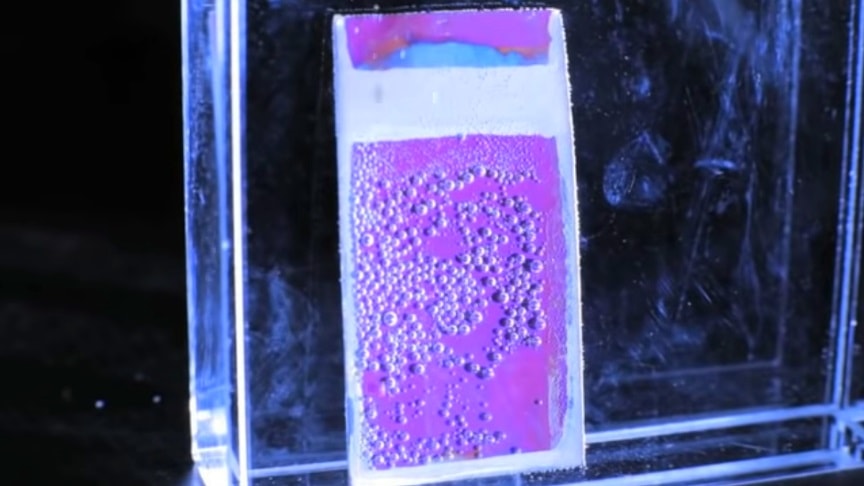 The light generates a flow of electricity that causes the water molecules, with the help of the catalysts, to split into oxygen and hydrogen, which bubble up from the two surfaces. read more: MIT

Simply placed in a container of water and exposed to sunlight, it quickly begins to generate streams of bubbles: oxygen bubbles from one side and hydrogen bubbles from the other.

If placed in a container that has a barrier to separate the two sides, the two streams of bubbles can be collected and stored, and used later to deliver power: for example, by feeding them into a fuel cell that combines them once again into water while delivering an electric current./MIT