For three millennia, builders in the Middle East (where temperatures can reach 50 degrees Celsius) have been cooling their homes by building wind catchers, or wind scoops, into their structures. The concept relies on a chimney effect by pushing the hotter air up and out by manipulating the cooler air from the lower regions of a structure. 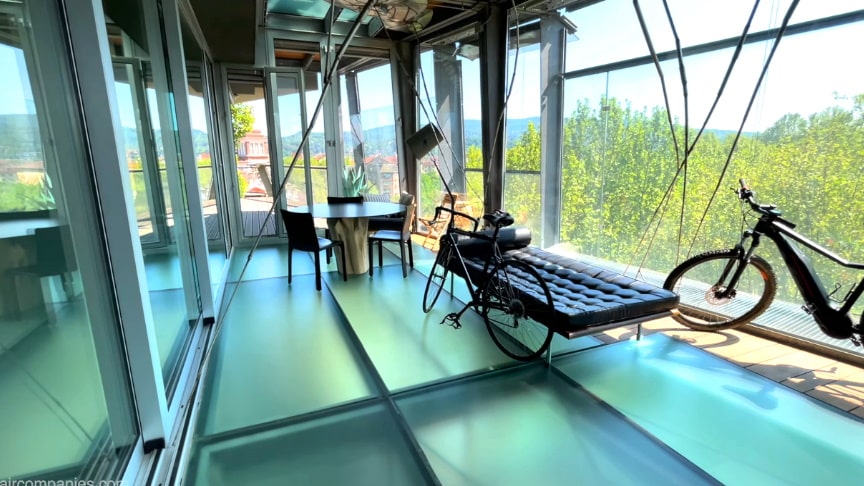 In an apartment building in central Turin (Italy), they’ve created a modern wind catcher in steel and glass, but with the same 3000-year-old tech that provides free cooling in summer, and heating in winter, just by controlling solar radiation and the flow of air up the outer layer of the building.

The building has a triple facade of all glass walls: the outermost layer serves the role of wind scoop; the second layer is a thicker, translucent greenhouse room that helps heat the space during winter; and the final facade protects the interior of the home, with the wind scoop method, from anything but mild temperature changes.

The Casa Hollywood building started its life as a rundown adult movie theater called Cinema Hollywood in an industrial part of town, but when developer Paolo Gallesio climbed to the roof one day and saw the direct view of the royal gardens, he knew it could be something incredible. We went inside the glass walls of Casa Hollywood to talk about (and feel) the natural cooling, up to the penthouse for the broad views of the duomo and royal palace./Kirsten Dirksen