A special wind turbine is situated at DTU Risø Campus. It is a 4-rotor Concept Turbine from Vestas. The names refers to the fact that it has four rotors instead of the usual one rotor, which we know from other turbines of today. 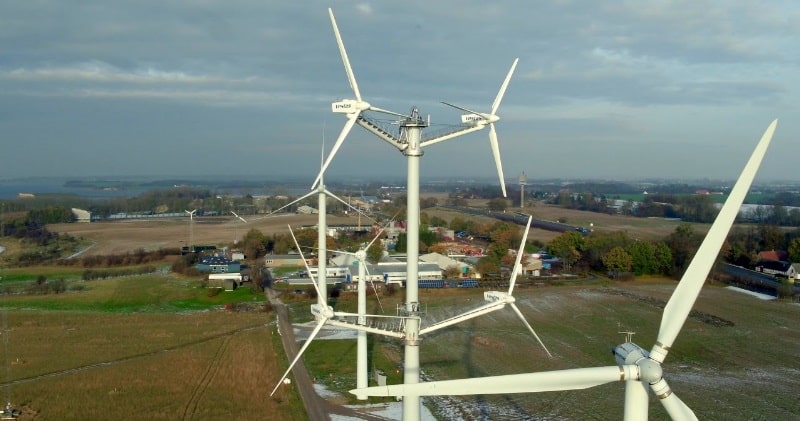 The four rotors jointly cover an area roughly equal to the area covered by a single rotor on a wind turbine with the same height and power output. But their total weight is only half as much.

In general, through the last decades, turbines have grown larger resulting in bigger challenges regarding logistics and handling of the components. The larger the turbines are the more materials are being used. In spite of the height of the concept turbine of just 74 meters, it has got a capacity of 900 kW.