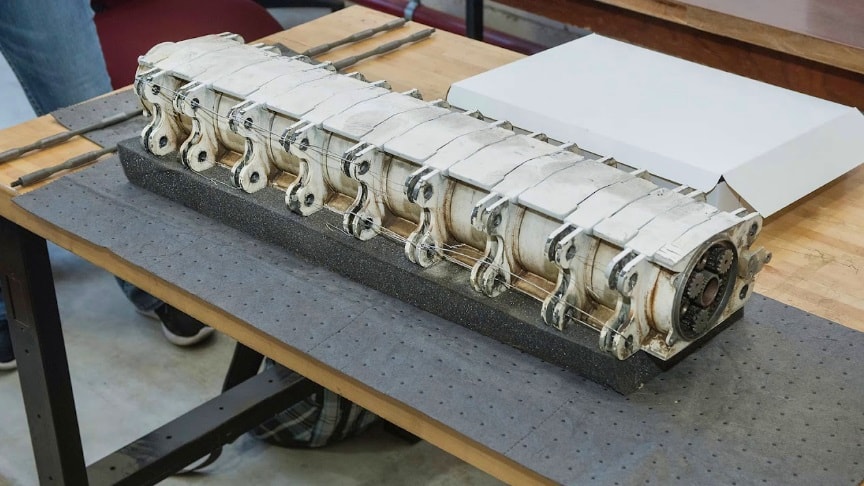 The key to this is memory alloy, which is a special combination of metals that retains a “memory” of its shape. In other words, if you take a spring made of memory alloy, stretch it out of shape, mangle it into a lump, and then heat it, it will spring back into its original shape.

The 300-pound wing section was removed from an F/A-18 at NASA Armstrong in Edwards, California, enabling the team to prove a full wing section could be folded using a newly developed nickel-titanium-hafnium high temperature SMA torque-tube actuator, capable of applying 5,000-inch-pounds of torque.

Beginning at the horizontal position, the SMA mechanism was electrically heated and cooled on command to allow the wing to move 90 degrees up and down. More importantly, researchers were able to move the wing section to any selected position within that sweep with very precise control.