Tiger Tug’s new Typhoon is a one of a kind helicopter tug that is capable of moving in any direction. It is raising the bar in engineering excellence and redefining what maneuverability means for helicopter movers. 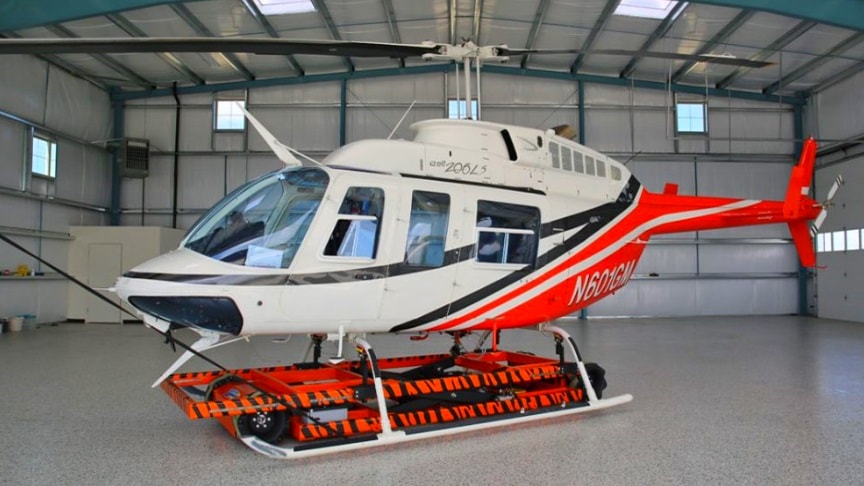 It’s omni directional abilities allow it to travel in directions no other helicopter transporter can begin to imagine.The Typhoon could be used in many different industries.

It can be custom designed to move any type of load in and around plant facilities that were previously not even possible.The Typhoon is able to move in any direction of the compass. It can drive sideways, any angle, pivot 360° about its center, literally any direction you ask of it!

With its full wireless remote control capability you gain a new level of control, visibility, safety and freedom not offered by any other tug. True one person operation!Typhoon’s all electric state of the art drive system is the smoothest system available and will provide you with total positive control along with redundant safety features for the easy handling of your helicopter.