The laws of physics may say it’s near impossible to fly on Mars, but actually flying a heavier-than-air vehicle on the Red Planet is much harder than that. NASA’s Mars 2020 mission will deliver a technology demonstration that will put the idea to the test — a helicopter that will perform controlled flight on Mars. 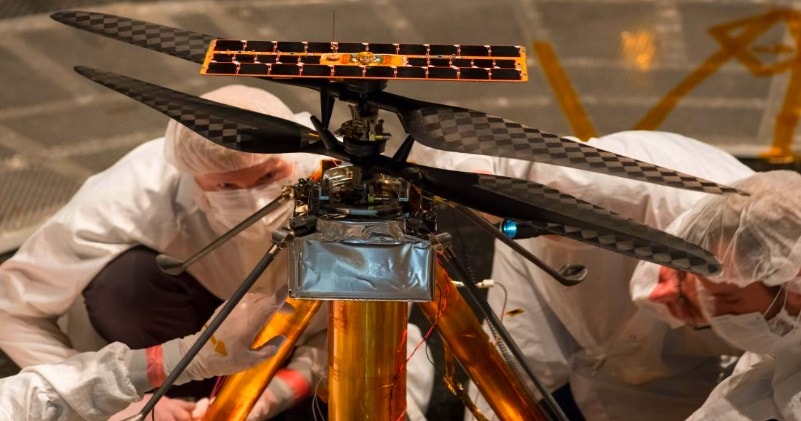 The Mars atmosphere is only 1% as dense as the enveloping Earth. A common joke among the helicopter developers is that the laws of physics thus predict that powered flight will be almost impossible,but the reality will be much harder than that.

The 1.8-kilogram copter will be strapped to the belly of the Mar 2020 rover, and deployed once the mission has landed.Its purpose is to confirm that powered flight in the tenuous Martian atmosphere is possible and that it can be controlled from Earth over large interplanetary distances.

NASA’s Mars Helicopter flight demonstration project has passed a number of key tests with flying colors. In 2021, the small, autonomous helicopter will be the first vehicle in history to attempt to establish the viability of heavier-than-air vehicles flying on another planet.