This is a car from the 1960s that never made it to production.The prototype proved that a self balancing gyroscope car could work, but it was still years away from completion. 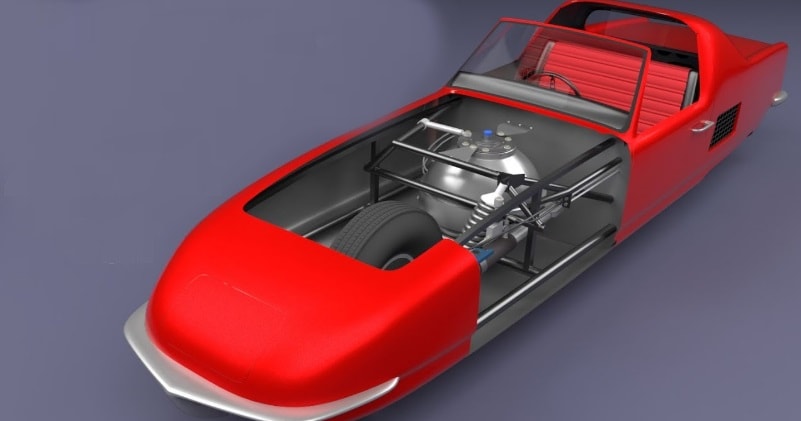 Sadly the company went bankrupt before it could be finished. The Lane Motor Museum purchased the run down prototype car and restored it to it’s original condition.

The gyroscope is the key to how it works – it uses something called gyroscopic precession which can be tricky to understand. This video explains the car and the mechanism inside.The car balances on two wheels through the use of a gyroscope under its hood.

A gyroscope is a device consisting of a rapidly spinning wheel or disk mounted so that its axis can turn freely in all directions. As the axis turns the wheel remains stationary.In a gyrocar, balance was provided by one or more gyroscopes, and in one example, connected to two pendulums by a rack and pinion./Jared Owen