NASA’s X-57 project has marked two critical milestones in the development of the agency’s first all-electric experimental aircraft, or X-plane, which will demonstrate the benefits of electric propulsion for aviation. 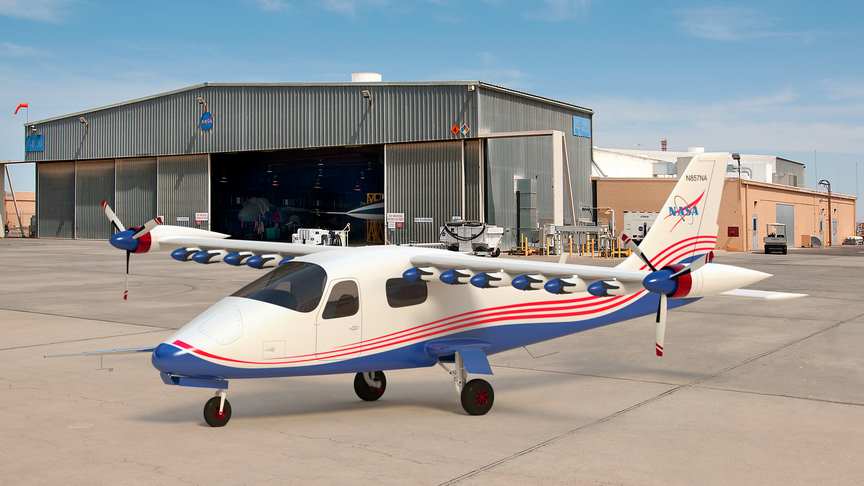 This artist’s concept image shows NASA’s first all-electric X-plane, the X-57 Maxwell, sitting in its final configuration in front of a hangar at NASA’s Armstrong Flight Research Center in Edwards, California. This configuration, known as Mod IV, features a high-aspect ratio wing, relocation of the cruise motors to the wingtips, and 12 smaller high-lift motors with propellers for takeoff and landing.

The addition of 12 smaller high-lift motors and propellers on the wing’s leading edge will allow X-57 to be able to take off at standard speeds. These motors will activate during takeoff, spinning the propellers, and will deactivate during cruise mode, at which point the propeller blades will fold in to the nacelles.