This is incredible the NATF-23. Without spoiling the Top Gun Mavrick for anyone who hasn’t seen the movie yet, Maverick and his band of elite navy pilots fly the Super Hornets in the latest Top gun sequel. Seriously just go watch it – it has the official found and explained stamp of approval.And for those of you who watched it already you might be asking yourself how it could’ve been better… well I have the answer. 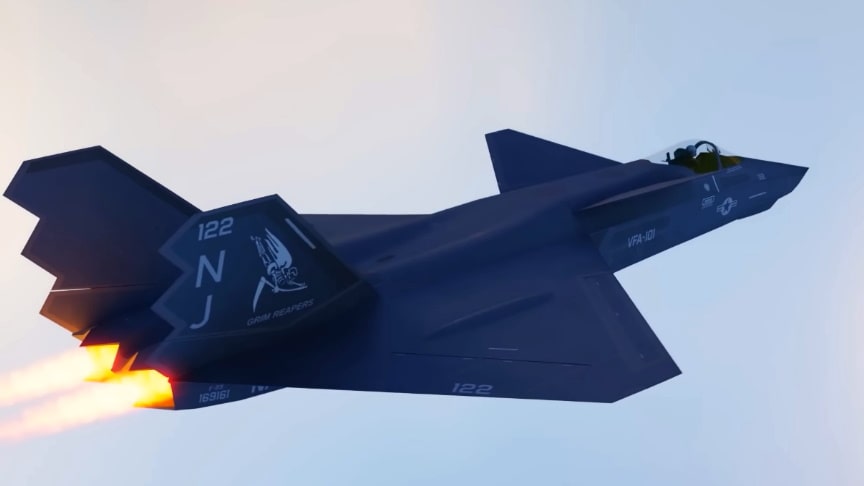 Air force’s ATF or Advanced tactical fighter program was launched during late 80s to create America’s first 5th gen aircraft and YF-22 and YF-23 were the main competitors with the YF-22 taking the edge and becoming what we know today as F-22 Raptor. I have a full video on the YF-23 right here on the channel which you can watch… but there was a footnote to this story.

Northrop wasn’t going to accept the loss and went over to the Navy with a proposal that could’ve changed everything.Navy was looking for a 5th gen aircraft for themselves to replace the aging F-14 tomcats, and what could be the spearhead for the future of the naval air force.

But requirements for the naval aircraft are different than the regular air force’s jets so YF-23 in its original form wasn’t going to do the job. Instead, several very significant modifications were to be done to the fuselage, almost creating a completely new aircraft, barely resembling its predecessor. By 1990 the N-ATF program was launched with you’d probably guess it, lockheed also was in on the race. They presented the F-22N, the naval version of the Raptor which would be the competition for the NATF-23./Found And Explained