The Aston Martin Valkyrie is the most extreme hypercar of all time! Join me for a ride onboard to get a sense of what happens when absolutely no compromises are made in the pursuit for performance. The V12 is spine tingling, the acceleration is insane, what a feeling! 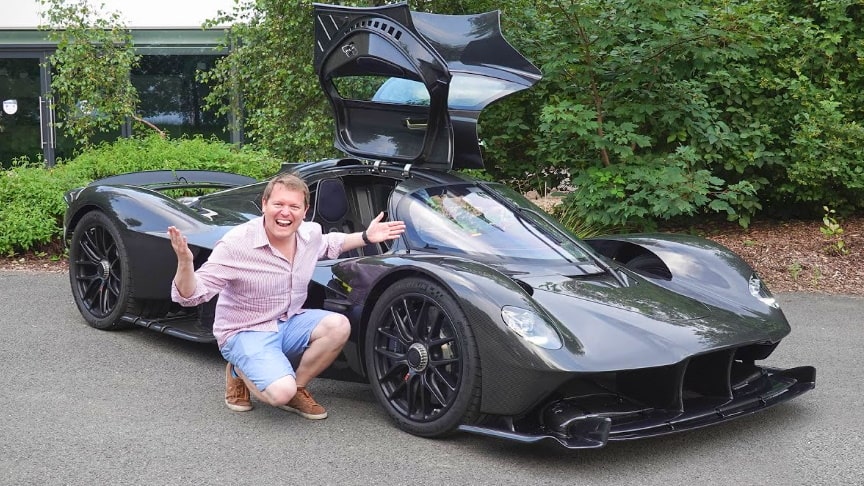 Aston Martin’s ultimate hypercar is soon to head into production, with the development cars undergoing final testing, including this particular car, VP8 in full exposed carbon fibre. Powered by the Cosworth 6.5l V12 making 1,000hp with the support of a 160hp electric motor, and aerodynamics penned by Adrian Newey of Red Bull, while simultaneously carrying the absolute minimum weight possible, it’s a recipe for excitement. Watch the video by Shmee150:

And Valkyrie does not disappoint; with the engine rigidly mounted to the chassis, the scream of 11,000rpm all-encompassing and a raw experience unlike any other. The cabin is not spacious, it’s not supposed to be, and your heels are sitting above your hips after you’ve clambered in by standing on the seat pads themselves.

This car however is designed to elevate lap times to that of Formula 1 or LMP1, while meeting homologation standards and wearing street legal tyres… this shouldn’t be possible!However, if my first experience is anything to go by, the Valkyrie is unlikely to ever be superseded as the most extreme hypercar to grace our roads.//Shmee150