This is the brand new Bugatti W16 Mistral! Join me to witness the global debut of the last hurrah for Bugatti’s iconic W16 engine at Quail during Monterey Car Week 2022. Limited to just 99 cars and priced at €5m+tax, they have all been sold before the car is even launched! 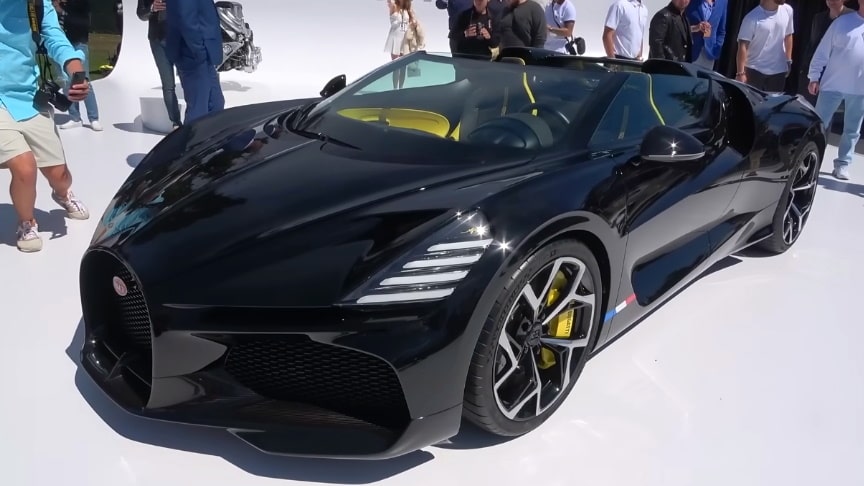 Powered by the iconic 8.0l quad turbo W16 engine that has been at the forefront for Bugatti since the introduction of the Veyron, it’s now in the latest 1,600hp iteration as found in the Bugatti Chiron Super Sport 300+. However, the W16 Mistral is an open barchetta, with a slash cut windshield line for the ultimate open air driving experience at a time of peak Internal Combustion Engine.

The new car is limited to only 99 pieces, of which just under 50% are customers from the United States and as such the car will be fully homologated despite being a few-off limited series model. This particular launch car is presented in a distinct Bugatti specification, with the black paint contrasted by yellow accent details both on the exterior and interior.

The launch of the Bugatti W16 Mistral has taken place at Quail: A Motorsports Gathering 2022, quickly becoming a perfect venue for the introduction of some of the most exciting cars in the world.Shmee150