This is the Ferrari SF90 Stradale and everything you could want to know about it! Join me for an in depth discovery inside and out, as well as my first drive in Ferrari’s first series production hybrid. It’s an astonishing blend of performance and technology, so let’s go through it in detail! 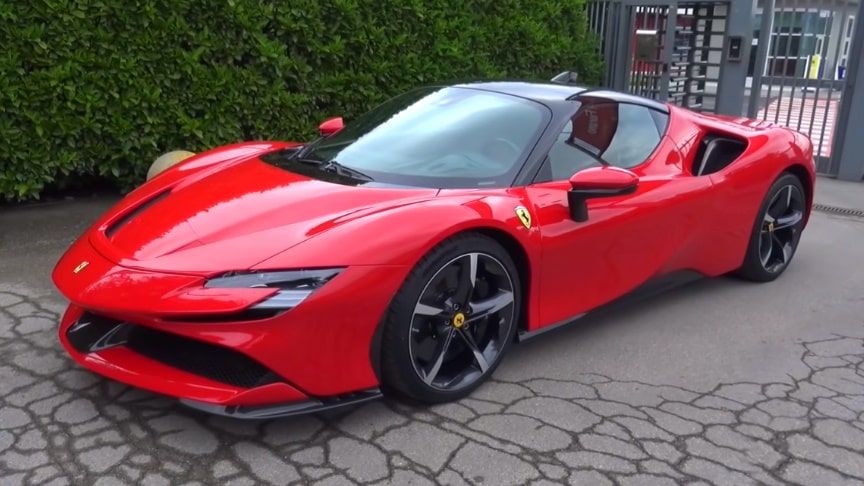 The Ferrari SF90 Stradale takes it’s name from the 90th Anniversary of Scuderia Ferrari, and Stradale meaning road; as this is Ferrari’s first series production hybrid road car. Learning from the LaFerrari, the SF90 combines a 4.0l TT V8 with 3 electric motors for a total power output of 1,000hp and 800Nm through a clever system that enables full eDrive motion, reverses using the front wheel drive, and seamlessly switches from ICE to EV without effort.

Visually, it’s a dramatic looking machine, with a distinct design and lots of subtle aero features with this specific example sporting the traditional Rosso Corsa paintwork and with a contrast Nero roof, finished with the Cuoio tan interior.

The driver has a touch-control steering wheel and curved 16″ display along with the new gear selector reminiscent of a gated manual Ferrari of old.The car offers insane performance in something that’s surprisingly usable and different to the general market that would sacrifice a lot of this usability in order to offer such rapid acceleration and capability on track./Shmee150