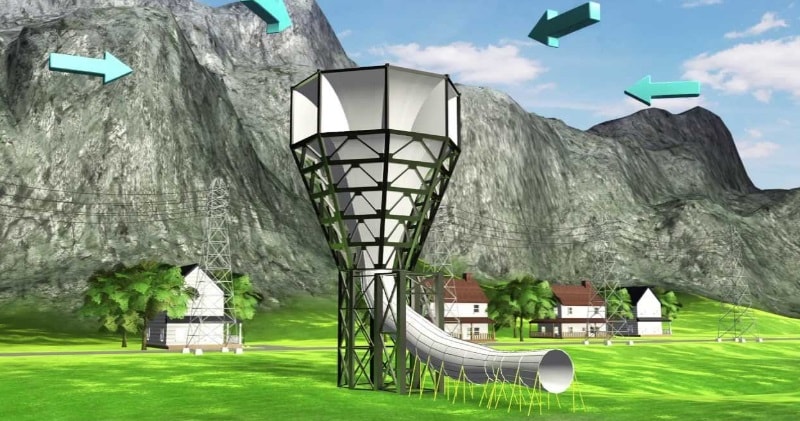 Invelox does not rely on high wind speeds. It captures wind at any speed, even as low as 2 miles per hour.The result is the design is capable of producing 600% more energy due to the low wind speed.

The wind captured is then funneled through a duct where it picks up speed. The resulting kinetic energy will drive the generator on the ground level and produces electricity.

Invelox is said to be able to generate higher power with reduced generation costs.It also requires less land as the towers used are shorter and smaller, with no moving parts.via: News Direct