Ever since the bikes were invented, people have been looking for an alternative to the traditional chain drive. Los Angeles engineer Roger Parker used one of these developments in the new NuBike, which, according to him, is much more efficient than a bicycle with a conventional pedal mechanism. 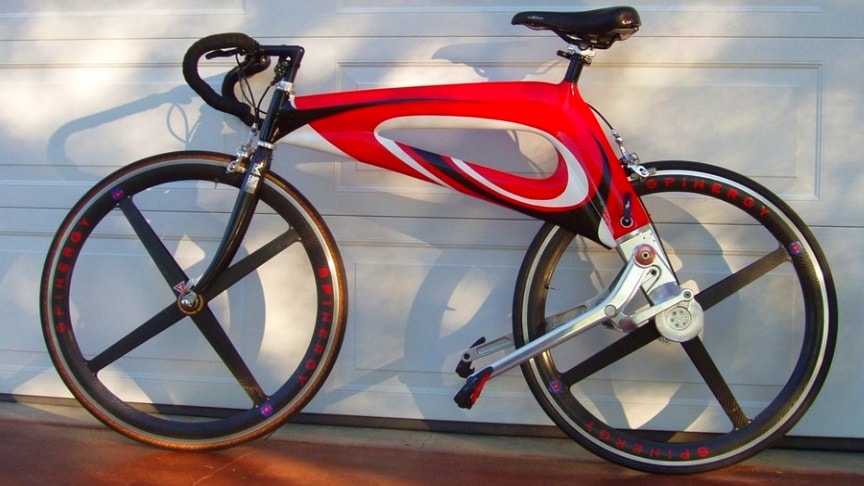 Along with the unique carbon frame design, the NuBike stands out for its powerful levers that are located between the pedals and the crank mechanism on the rear hub.Just pushing them up and down, the driver sets the rear wheel in motion.

The mechanical advantages of Leverage, Gravity and Near Vertical Pedaling combined with the rider’s weight, produces an increase in continuous force throughout the entire pedal stroke.Rather than pedaling in a full circular motion, straight-line vertical pedaling reduces excessive bending of the hips, knees and ankles.