A nuclear power plant is a thermal power station in which the heat source is a nuclear reactor. As is typical of thermal power stations, heat is used to generate steam that drives a steam turbine connected to a generator that produces electricity.The nuclear reactor is the heart of the station. In its central part, the reactor’s core produces heat due to nuclear fission. 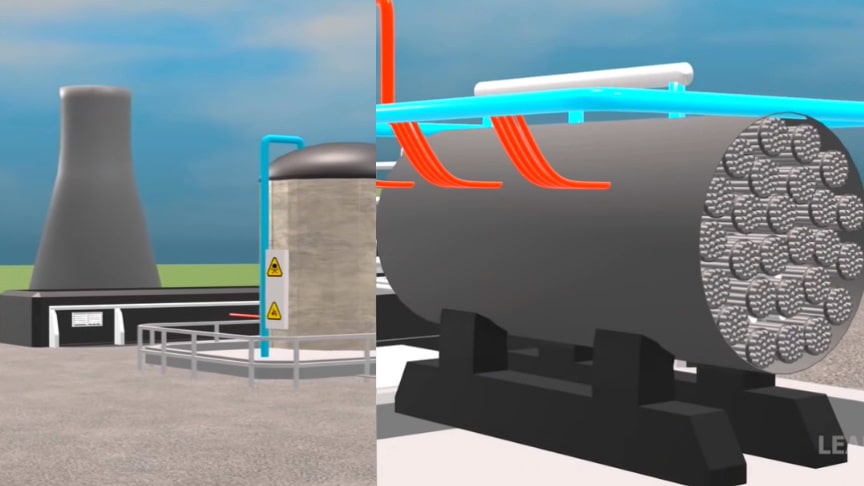 With this heat, a coolant is heated as it is pumped through the reactor and thereby removes the energy from the reactor. The heat from nuclear fission is used to raise steam, which runs through turbines, which in turn power the electrical generators.Watch the video from Learn from the base for more info:

Nuclear reactors usually rely on uranium to fuel the chain reaction. Uranium is a very heavy metal that is abundant on Earth and is found in sea water as well as most rocks. The fission in a nuclear reactor heats the reactor coolant.

The coolant may be water or gas, or even liquid metal, depending on the type of reactor. The reactor coolant then goes to a steam generator and heats water to produce steam. The pressurized steam is then usually fed to a multi-stage steam turbine./wikipedia