Vojtěch Valda’s shipping container house runs on wind, solar and pulleys. He and his carpenter brother converted the 20-foot (6 meter) high cube into a transforming space for his family of four thanks to his transforming inventions like a retractable porch, table and bed. 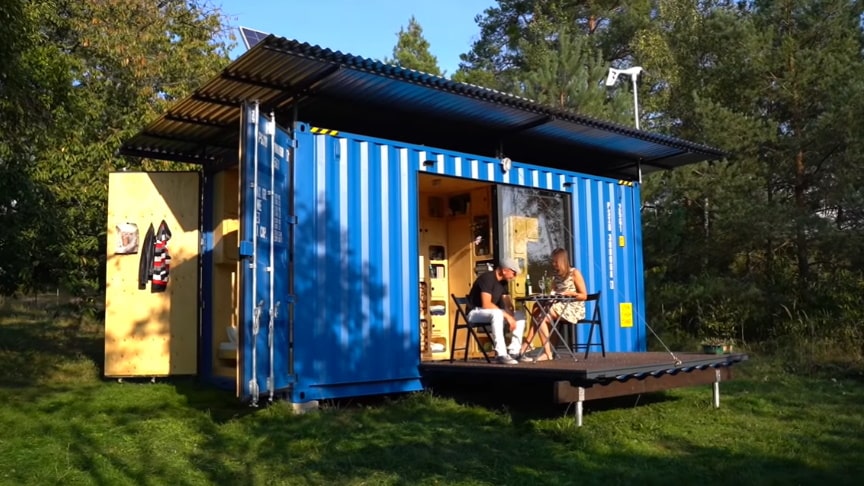 His low-tech creations were inspired by the simplicity and reliability of the nautical world.Valda wanted to use a container because he could build it at his workshop and easily transport it to his off-grid site.

The house is equipped with solar panels, as well as a wind turbine, ensuring your batteries can be charged at all times of the day and all seasons. It is equipped with a refrigerator, water heater, and other 12 V and 24 V appliances according to your needs.

He built a wide roof for solar and to collect water for his 1000 liter tank. Valda and his wife documented the build process and sell the plans to other DIY builders./Kirsten Dirksen