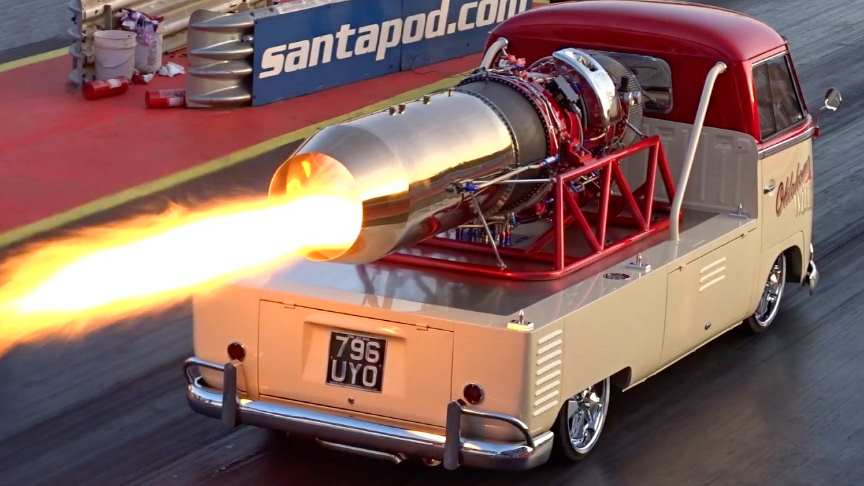 Note: This is not a full on race vehicle. The entire creation took five years to complete, but recent footage of the car in action has shown that it was more than worth the time.VeeDubRacing

The truck is capable of reaching insane speeds of over 480km/h thanks to its flame-throwing jet engine.The truck can be seen roaring down the track with massive flames from the engine.