This well-tried engine reappeared after WWI and from 1919 to 1922 was fitted to face-lifted motorcycles, which had simply been modernized by adding a gearbox. First seen in 1913, on the single-speed belt-drive “Paris-Nice” lightweight, this V-twin was fitted with a two-speed gearbox during WWI- on models that were never catalogued but very likely reserved for the French Army. 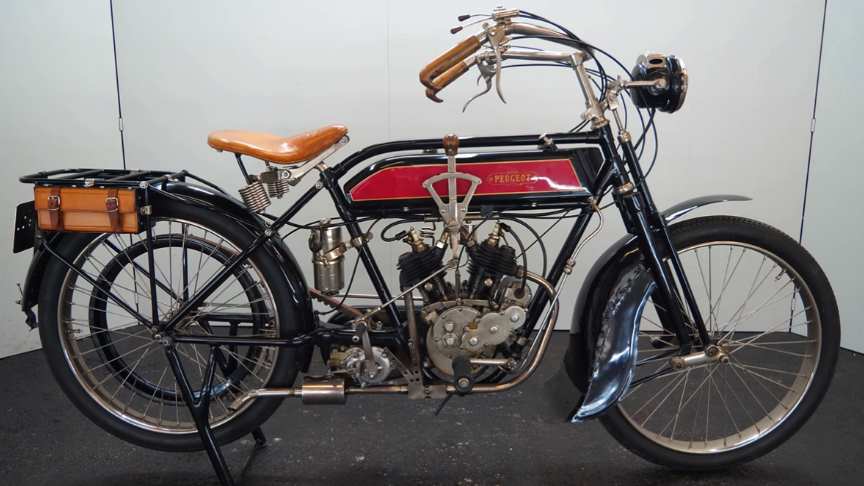 In 1919, they appeared on the civilian market, with only one apparent mechanical modification-the adoption, a 2 speed gearbox was standard. The MC remained in production through 1922. Faced with competition from war-surplus Harleys and Indians, the Peugeot was given a beefier appearance.

The flimsy Truffault fork was replaced by a robust leading-link unit, a bigger tank was fitted and toolboxes were fitted on the luggage grid. The new-look wasn’t enough production of the MC still remained small.

This sturdy Peugeot has been restored to very high standard years ago. It is equipped with an Amac carburetor, 2-speed gearbox and rear twin shoes on belt rim brake.via/read more: classic-motorcycle.com