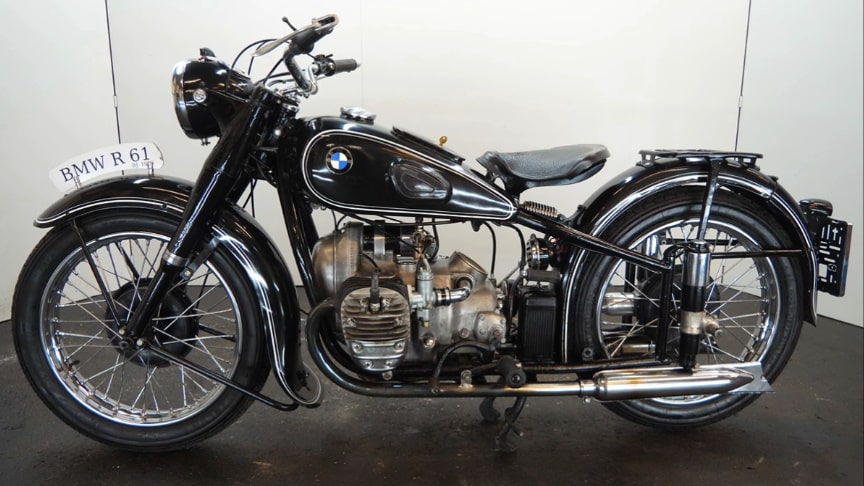 The R 61 had the new oval tube drawn double cradle frame that would serve well into the 1950s. Completely new was the applied plunger suspension , which gave a BMW rear suspension for the first time. 200mm drum brakes were used front and rear.

The engine was simply mounted in the frame with two thru-axles , a construction that would last for a long time. The side valve engine was almost identical to that of the R 6.

The single dry-plate clutch was operated with a push rod running right through the main shaft of the gearbox. This system remained intact until 1996 ( R 100 R Mystic ).Like the racing bikes , the R 61 got foot gear (4 gears)./wikipedia