The Stringbike is a bicycle that uses a rope and pulley drive system instead of a traditional bicycle chain and sprockets.It uses two Dyneema ropes attached to pulleys attached to swinging lever and cam mechanisms, one on each side of the bike. These mechanisms replace the round sprockets found on chain-driven bikes. 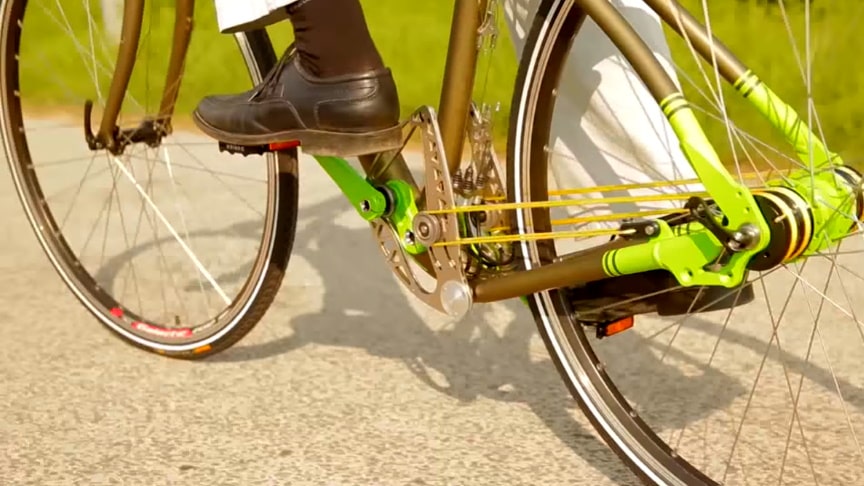 Stringbike is pioneering in inventing a revolutionary way of getting bikes into motion, completely doing away with conventional chains, derailleurs, gear shift mechanisms and related parts.

Unlike a typical 10-speed with a derailleur, you won’t feel any slippage when you shift gears — higher or lower gear is obtained by higher or lower placement of the pulleys.The wires can even be set asymmetrically, which would provide a different weight load on each leg because one would have to work harder than the other.

The heart and soul of Stringbikes uses a uniquely innovative technology: strong, durable and extremely flexible ropes and an accompanying drive-train. Similar ropes are used in fitness training to lift weights and at heavy-duty sailing equipment.

The system uses the kind of durable, high density polyethylene rope used in sailing. The system is designed so that when one triangular-shaped eccentric disc is pulling the wheel’s drum forward, the other is going backward and returning the rope to the starting position.