teTra is an aircraft manufacturing start-up based in Tokyo, Japan.Tetra Aviation’s Mk-5 is a fully electric personal aircraft that’s designed to be safe, quiet and easy to manufacture. 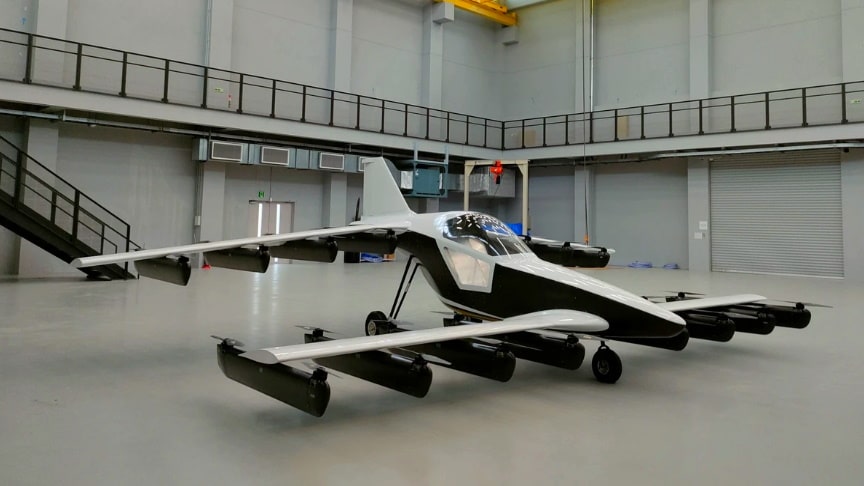 teTra developed the Lift&cruise eVTOL that you can reserve now to travel 100 miles with 1 hour trip fully electric and will deliver next year as a Kit plane.This year 2021, teTra exhibits AirVenture2021 OSHKOSH and flight test at CA.

The futuristic design looks kind of like a pod racer from a sci-fi flick and has the innovative tech to match.Mk-5 measures 28 feet wide by 20 feet long by 7 feet high and weighs just over 1,000 pounds empty. The airplane is equipped with 32 vertical rotors on four fixed-wing planes along with one horizontal thrust at the rear.

The frame is primarily aluminum, with the bodywork composed of a lightweight carbon fiber reinforced polymer.The airplane runs on a 13.5-kWh battery pack and can takeoff with a hefty 576-kg load. The production model will take a heavier load and will cruise through the air at 169 km/h, reaching distances up to 160 km on a single charge.