Zündapp was a major German motorcycle manufacturer founded in 1917 in Nuremberg. The Zündapp KS600, first released in 1938, had a 28 hp (21 kW) horizontally opposed twin cylinder motor with overhead valves displacing 597 cc. The KS600 was often coupled with a Steib sidecar. 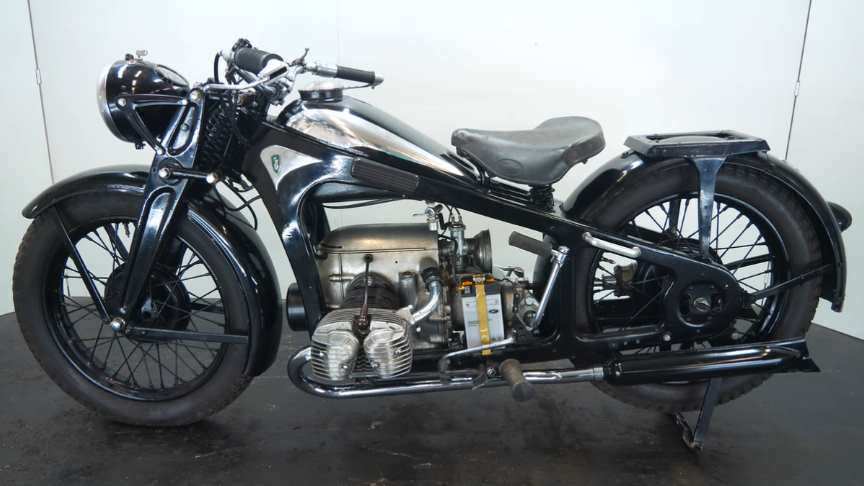 In 1919, as the demand for weapons parts declined after World War I, Neumeyer became the sole proprietor of the company, and two years later he diversified into the construction of motorcycles.

In September 1939, Zündapp introduced an overhead-valve twin, the KS600. The latter’s 597cc engine produced 28ps, and like the rest of the larger Zündapps the KS600 featured the chain-drive ‘gearbox’, shaft drive, and the pressed steel frame and forks.

She needs some electrical attention and is equipped with a Bing carburetor and a new exhaust system. This sturdy 597cc transerve twin bike runs well.via/read more: classic-motorcycle.com