The motorcycle part of the Austrian Steyr-Daimler-Puch combine, Puch introduced its first motorcycle in the early 1900s. These days the firm is best remembered for its pioneering ‘split-single’ two-strokes, the first of which was developed in the 1920s. 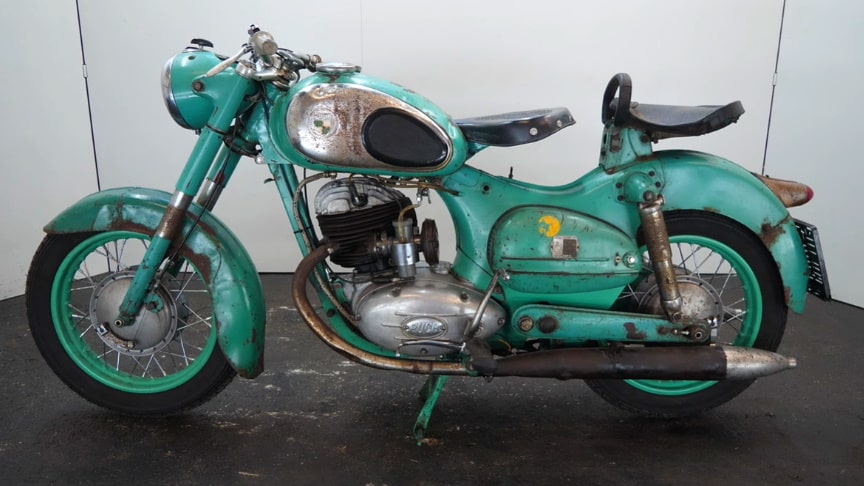 In its final form the engine featured tandem cylinders whose pistons were driven via a single connecting rod. After WW2 Puch built two-strokes only, commencing with split-singles in 125, 150, 175 and 250cc capacities built in both tourer and sport guises.

Cycle parts were conventional for the time and featured plunger rear suspension and twin ‘swing’ saddles. Updated in 1954 with revised engine and a swinging-arm frame, Puch’s split-single range remained in production well into the 1960s.

It was told us the engine of this Puch has been restored 20 years ago ago since the motorcycle has only run a few kilometers. It bears a wonderful patina and has matching numbers and has still the original type plate. This bike is fitted with an electronic regulator. The engine runs and the motorcycle is drivable but needs some attention to get a roadworthy bike./classic-motorcycle.com