The Beechcraft Model 17 Staggerwing is an American biplane with an atypical negative wing stagger. It first flew in 1932.The Beechcraft Staggerwing unusual wing configuration—the upper wing inversely staggered behind the lower—and unique shape resulted in a design that maximized the pilot’s visibility while minimizing the aircraft’s tendency to stall. 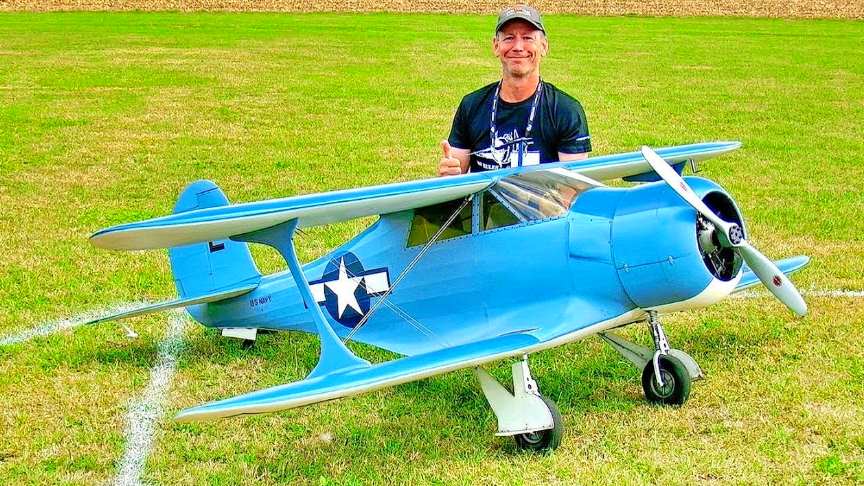 The servos for the control surfaces including the flaps and retracts are already installed, making your assembly about as simple as it gets for an aircraft with this level of detail.

This Giant Rc airplane has a length of a 2.50m and a wingspan of 2.50m and is powered by the Moki 215cc 5 cylinder radial gas engine with electronic ignition.RC MEDIA WORLD