Special feature on this bike is the Castle fork and Bosch lighting system which takes an extra cost at this time, standard fork was Tiger fork. This bike has been restored recently and runs fine. 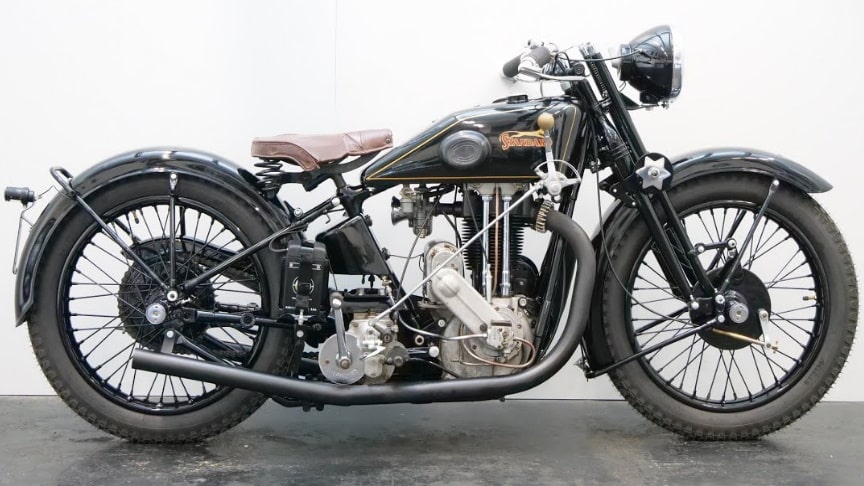 The chassis was that used on the previous year’s 500cc and 750cc models, and it used Castle forks under Brough licence.

They were very handsome and very expensive motorcycles – the price was in excess of the annual wage for an average worker and was dearer by far than the most expensive DKW of the day.

As Germany’s second financial crisis began to bite, sales were not good. During the late 1930s they built a single cylinder 200cc 2-stroke motorcycle named ‘Feuergeist’. The model BS 500 has been produced from 1928 until 1933.