Motivated by her love of mobile homes and bioclimatic design, as well as the surplus of shipping containers at Athens Port Piraeus, Nastazia Spyropoulou created a passive solar container home that is topped by a living roof and has little need of traditional heating/cooling./Kirsten Dirksen 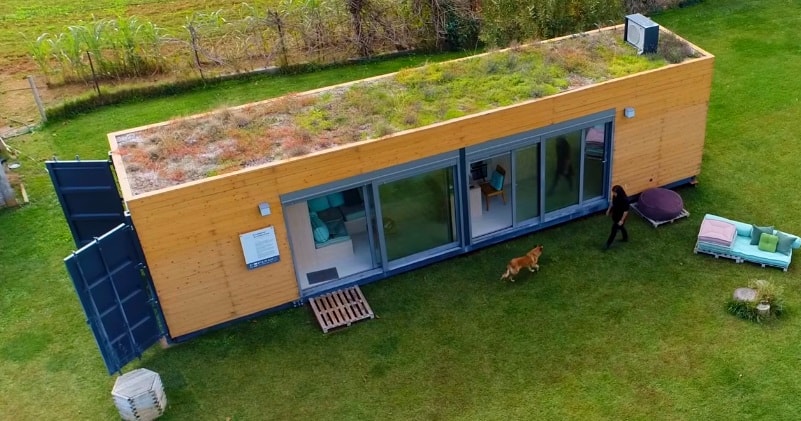 Her prototype Cocoon Module is made from a used (though good condition) 40-foot shipping container. She tried to retain the container feel, leaving the end doors in place, though they can be opened to reveal a sliding glass door./Kirsten Dirksen

At the opposite side she cut a small bathroom window for cross ventilation. The tiny home is well-insulated and the living roof provides an additional layer of insulation so the temperature remains stable most of the year.

In order to ensure that the home can be transported with ease, Spyropoulou added supporting beams to one side which means the containers can be stacked for a second floor and additional living space at a later date./Kirsten Dirksen