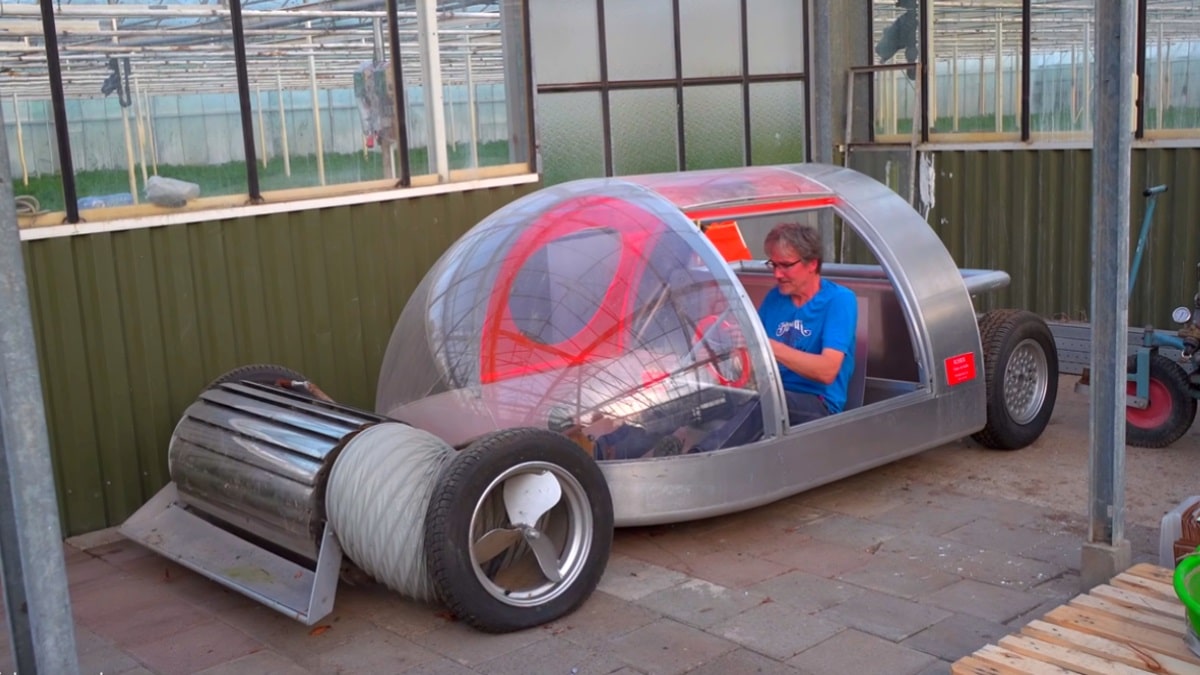 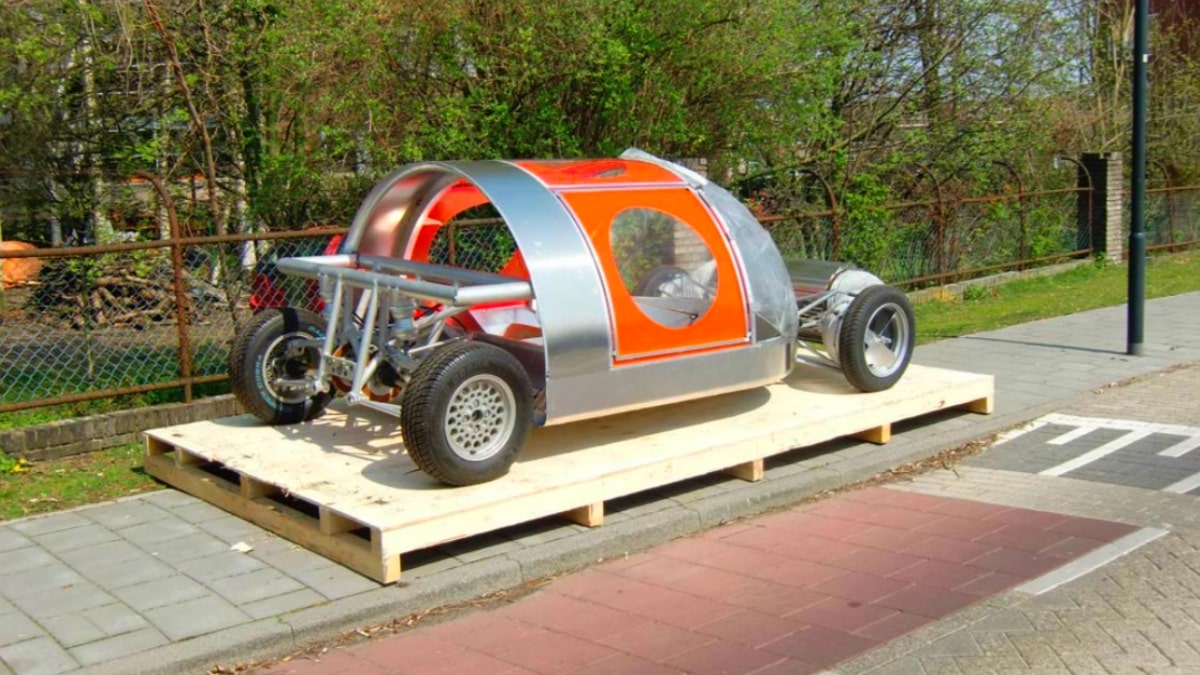 The principle can work even better. It is imaginable that the air in the turbine accumulates and causes an overpressure. This stagnates the flow of air and the effects of the turbine. To prevent this stagnation, de Kiefte used Fan Shaped Wheels to create a vacuum force. This principle can be compared with the operation of a TWECS-turbine which gets 200% efficiency from the wind.

A car is parked approximately 22 hours a day. When the Wind Turbine Car is parked, the turbine is placed in a way that it charges the batteries, regardless of the wind direction. This means that the car is completely self-supporting.source/read more: oskardekiefte