Lazzarini design studio’s formula drone one concept is a tricopter that can be created using the current drone technology.The FD-One is a gorgeous looking blend of retro-style with future-tech. 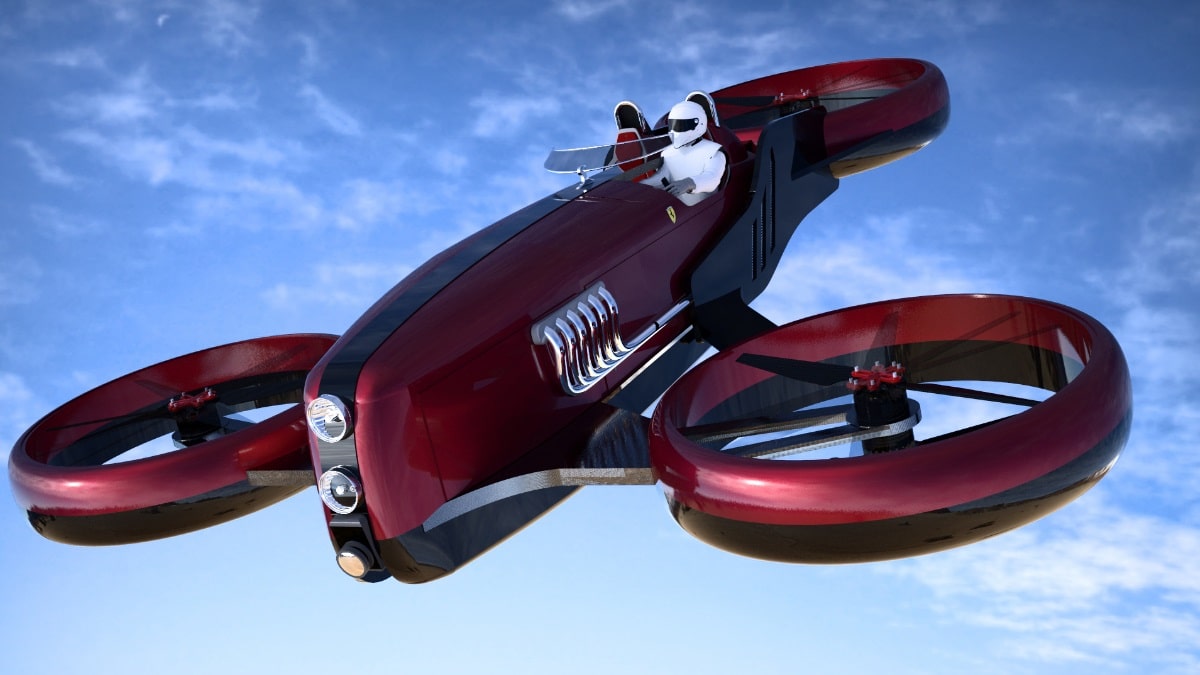 The concept takes the classic styling of a 1950s formula one ferrari’s and launches it into the 21st century, removing the wheels and reimagining it as a flying automobile. 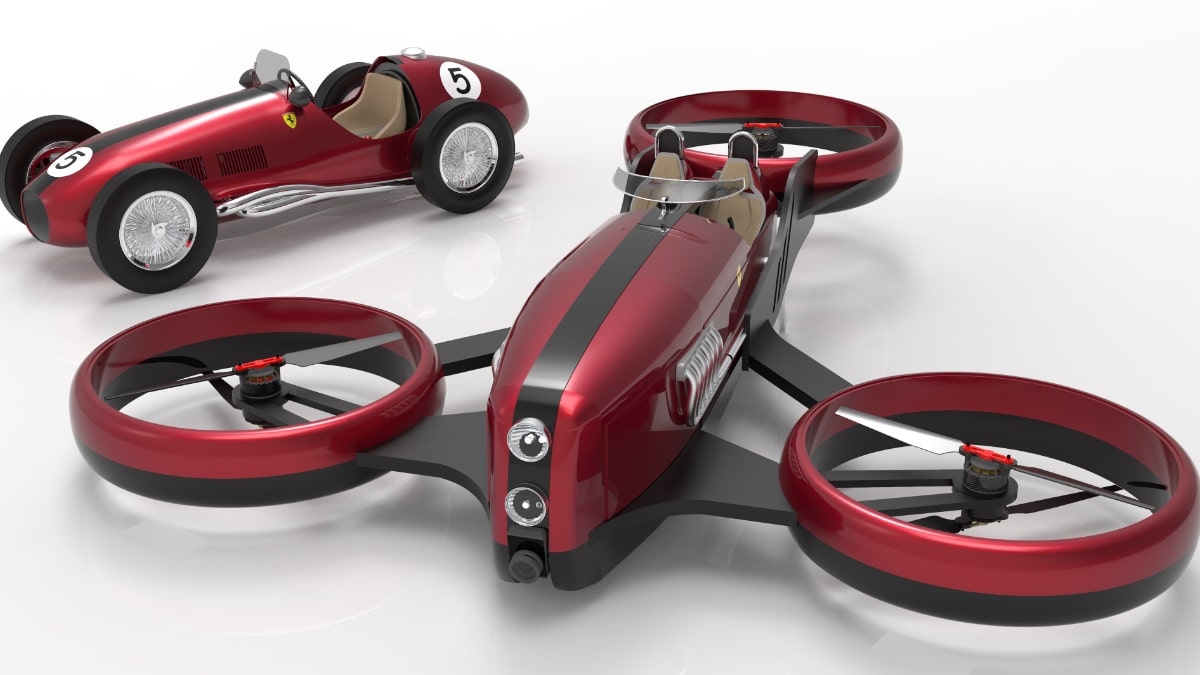 The FD-One Formula Drone Concept One has six electric engines, four in the front and two in the rear. All the engines are connected from a belts system to V12 petrol engine, located in the front part of the vehicle.

The vehicle can fly by receiving the necessary power directly from the engine or from the batteries.The complete carbon fiber structured body comfortably fits two passengers and includes three battery packs in its basement.//designboom

The formula drone measures 7.40 meters long and weighs under 900kg. hypothetically, the vehicle could reach an estimated top speed of about 500Kmh with an estimated autonomy of three hours.