A Rube Goldberg machine is a machine intentionally designed to perform a simple task in an indirect and overcomplicated fashion. 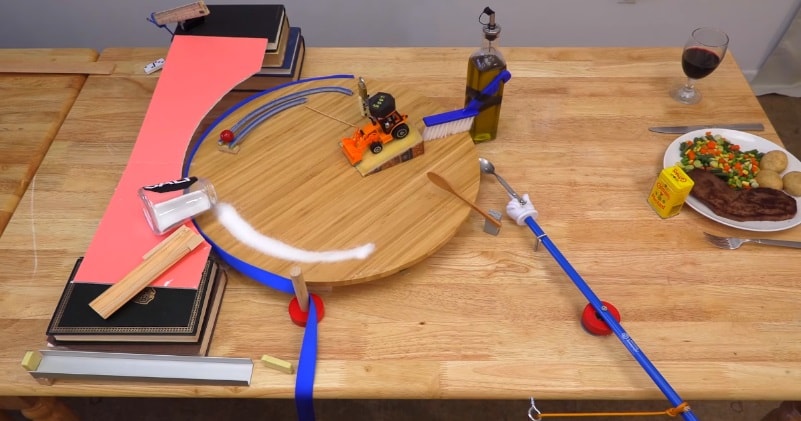 These machines consist of a series of simple devices that are linked together to produce a domino effect, in which each device triggers the next one.

JOSEPH’S MACHINES solve everyday problems using familiar objects in unfamiliar ways. He creates them in his apartment in Brooklyn, New York.If you have a long table this is a useful way to pass the salt to the opposite end.