Crash tests are part of every vehicle development – there are also so-called Controlled Impact Demonstrations in the aviation sector.Amazing footage of a crash test performed on a Boeing 727. Multiple angles from inside and outside the aircraft.This is a part of the Channel 4 documentary as screened in 2012. 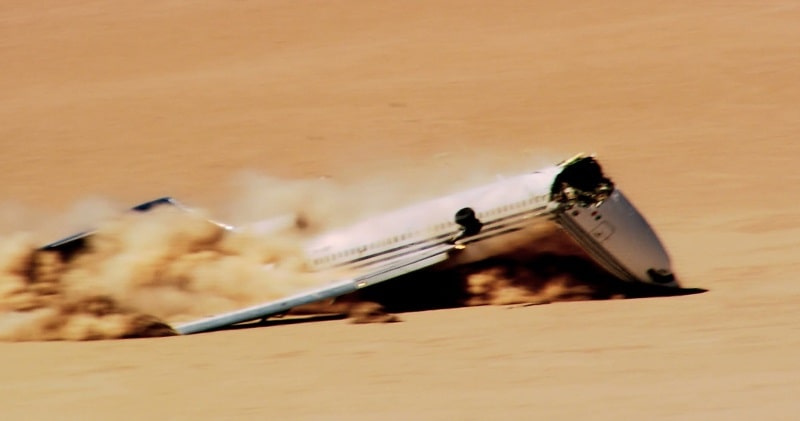 The jetliner hit the ground at 140 miles per hour, with a descent rate of 1,500 feet per minute 460 m/min. Upon impact, the Boeing 727 broke up into several sections, the cockpit being torn off the fuselage. The zone of the crash had been cordoned off by security teams, as well as Mexican police and military, for the safety of the public.

However nobody is injured.It was a controlled crash that scientists conducted and filmed in 2012 for study purposes in the Mexican desert.The conclusion of the test was that, in a case like this, passengers at the front of an aircraft would be the ones most at risk in a crash.

Passengers seated closer to the airplane’s wings would have suffered serious but survivable injuries such as broken ankles; and the test dummies near the tail section were largely intact, so any passengers there would have likely walked away without serious injury. However, in other crashes, such as when the tail hits the ground first, the reverse might apply.