Paul originally bought his 1973 Moto Guzzi Le Mans MK1 with the intention of restoring it, however soon changed his mind on that plan and decided to create a custom and put his own spin on it. 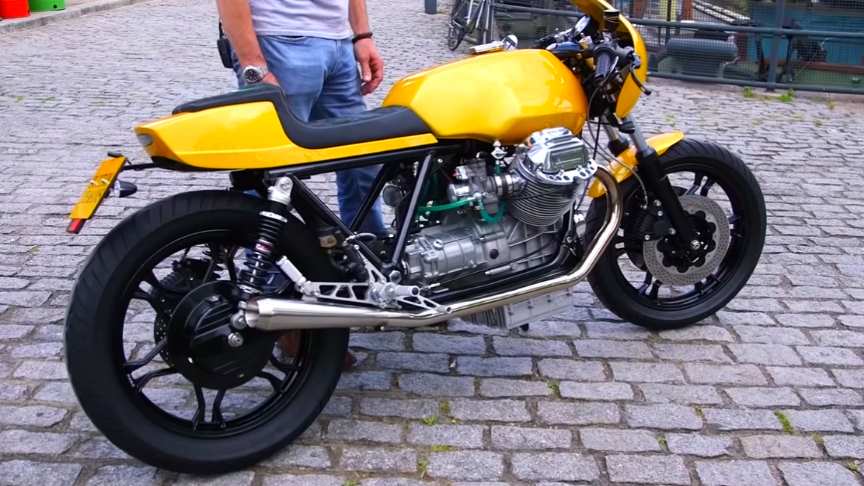 It was important to him though to not be too drastic though as he still loved the Le Mans styling and wanted to still retain that so it could be seen what it was originally.

The donor this time was a 1976 Le Mans and has been completely refreshed from the crank to the frame. Every nut, bolt, bearing and gasket has been replaced to give a base worthy of the new aluminium bodywork. But this time around Paul decided to paint rather than polish the hand formed curves.

With lots of unique and tastefully fabricated takes on it’s original form, Paul has built a beautiful custom based on an Italian classic. Sounds amazing too!