Piezoelectricity is the electric charge that accumulates in certain solid materials—such as crystals, certain ceramics, and biological matter such as bone, DNA, and various proteins—in response to applied mechanical stress.Piezoelectric Effect is the ability of certain materials to generate an electric charge in response to applied mechanical stress. 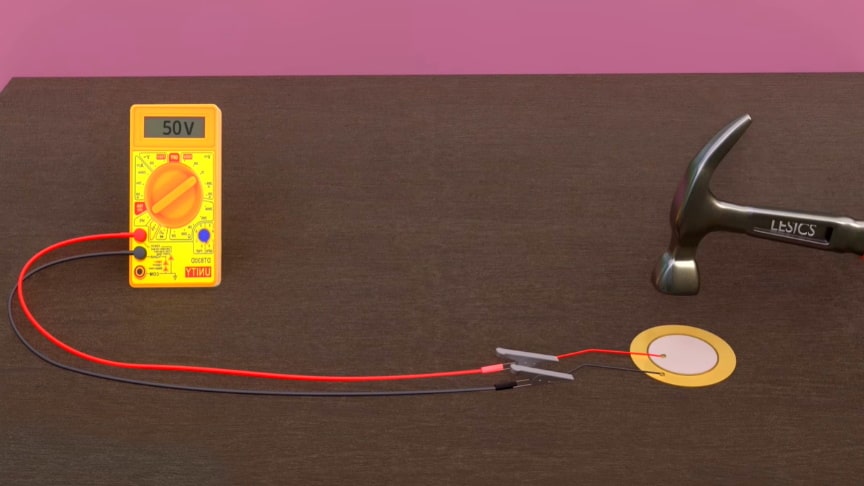 The piezoelectric effect results from the linear electromechanical interaction between the mechanical and electrical states in crystalline materials with no inversion symmetry.Let’s understnand the physics behind the piezoelectric materials in a detailed way by watching this video from Lesics:

Piezoceramic material—non-conductive piezoelectric ceramic or crystal—is placed between the two metal plates. For piezoelectricity to be generated, it needs that material to be compressed or squeezed.