We use keys and locks all the time – but how do they work? There are many different kinds of locks but the most common is called a Pin Tumbler Lock. 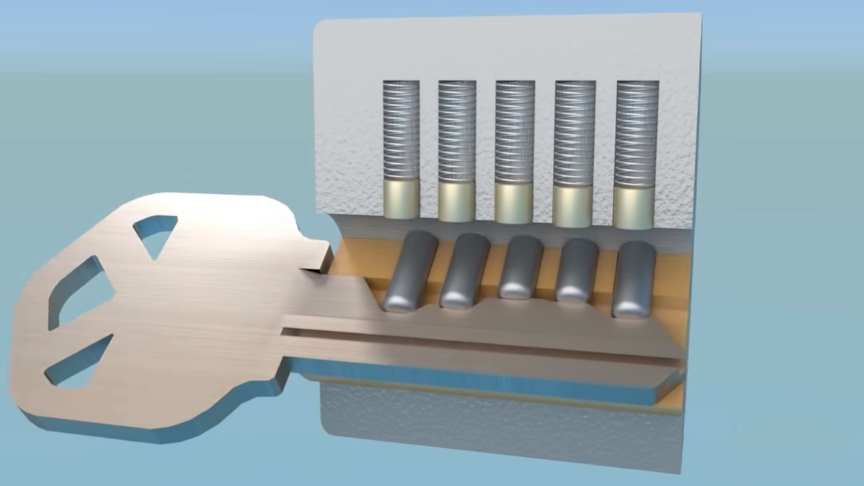 The pin tumbler lock is a lock mechanism that uses pins of varying lengths to prevent the lock from opening without the correct key. Pin tumblers are most commonly employed in cylinder locks, but may also be found in tubular pin tumbler locks.

The main components in the pin-and-tumbler design are a series of small pins of varying length. The pins are divided up into pairs. Each pair rests in a shaft running through the central cylinder plug and into the housing around the plug.

Springs at the top of the shafts keep the pin pairs in position in the plug. To open the lock, the plug must rotate.The plug has a straight-shaped slot known as the keyway at one end to allow the key to enter the plug; the other end may have a cam or lever, which activates a mechanism to retract a locking bolt. The keyway often has protruding ledges that serve to prevent the key pins from falling into the plug, and to make the lock more resistant to picking.